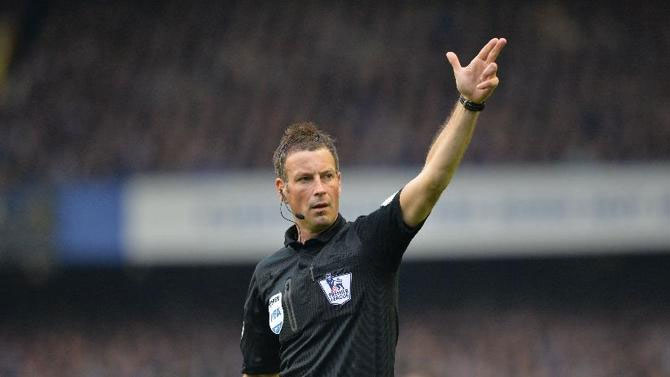 LONDON, October 29- Premier League referee Mark Clattenburg has been temporarily sidelined for breaking protocol in order to attend an Ed Sheeran pop concert, according to a British newspaper report on Wednesday.

The Sun claimed that Clattenburg contravened regulations by driving home alone after refereeing West Bromwich Albion’s 2-2 draw with Crystal Palace on Saturday so he could watch British singer Sheeran perform in Newcastle.

The rules of the Premier League’s refereeing body, Professional Game Match Officials Limited (PGMOL), state that officials must travel to and from matches together in the interests of their integrity and security.

Clattenburg, 39, is also reported to have broken another rule by speaking to Palace manager Neil Warnock on the phone after the game at The Hawthorns.

Premier League referees are only allowed to speak to managers after games if their assistants are also present.

Britain’s Press Association reported that Clattenburg will not officiate in the Premier League this weekend, with Stuart Attwell due to fill in for him in Leicester City’s home game against West Brom.