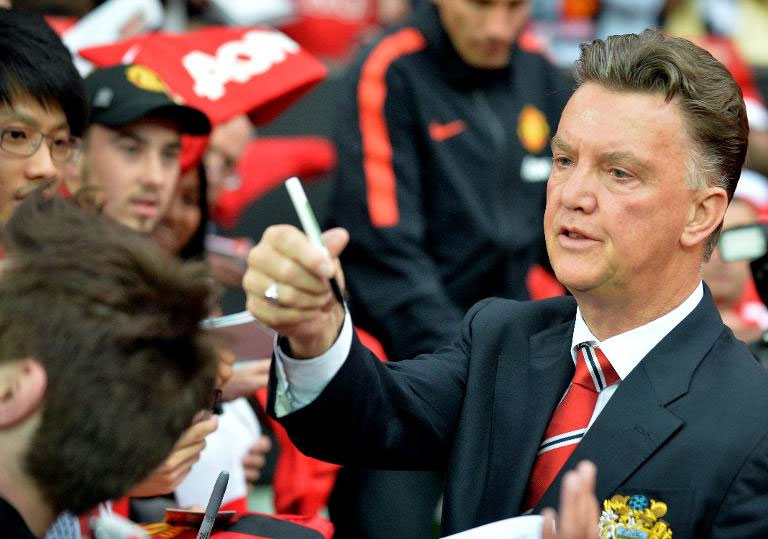 LONDON, September 9- Bobby Charlton believes new Manchester United manager Louis van Gaal has “the world at his feet”, insisting the club have got “nothing to worry about” despite a shaky start to the new Premier League season.

United are still waiting for their first league win since van Gaal, fresh from leading his native Netherlands to third place at the World Cup, took over from the sacked David Moyes, the faltering English giants having lost to Swansea on the opening day and been held to draws by both Sunderland and Burnley.

Meanwhile the Dutchman also suffered the embarrassment of seeing United knocked out of the English League Cup following a 4-0 defeat by third-tier Milton Keynes Dons.

But Charlton, a record goal-scorer for both United and England, was confident the Old Trafford club would return to form under van Gaal’s guidance.

“We’ve got nothing to worry about. He’s got the world at his feet, the new manager,” Charlton, speaking at Soccerex in Manchester as an ambassador for landmine charity Find a Better Way, was quoted as saying by the Manchester Evening News.

“I’ve got to say, I do like the Dutch. They’re one of the few countries that I think like us.”

Charlton, a key member of the England team that won the World Cup in 1966, was also a central figure when, two years later, United became the first English club to win the European Cup under the guidance of celebrated manager Matt Busby.

And Charlton, in his role as a board member, also worked closely with Alex Ferguson when he too was winning numerous trophies as manager of United.

Asked to compare van Gaal, known for not suffering fools gladly, with Busby, Charlton replied: “Matt Busby never threatened you. He asked you nicely. Our new manager is not quite like that.”

United defender Phil Jones could miss that match after suffering what appeared to be a hamstring injury while on England duty on Monday.

Jones limped off 13 minutes from full-time in England’s 2-0 Euro 2016 qualifying victory away to Switzerland in Basel on Monday.

United are due to assess the 22-year-old’s fitness when he arrives back in Manchester on Tuesday.

Several players could make their United debuts against QPR, including England left-back Luke Shaw who hasn’t played competitively for the club because of a hamstring injury since his pre-season move from Southampton.

Ander Herrera, another pre-season recruit, is also hopeful of returning to action having been restricted to just one United appearance since joining from Athletic Bilbao because of an ankle problem

“Training hard and looking forward to this next game at Old Trafford!”, midfielder Herrera told his Twitter followers on Monday.

There could also be a home debut at Old Trafford for Angel di Maria, the former Real Madrid winger who United signed for a British record £59.7 million ($98 million, 75 million euros) last month.