Nairobi, Kenya, 3- Kenya enhanced security along its border with Ethiopia Wednesday following a declaration of a state of emergency in the neighbouring country.

The Tigray People’s Liberation Front (TPLF), which has been fighting Prime Minister Abiy Ahmed’s government for a year, has claimed significant territorial gains in recent days, along with its ally the Oromo Liberation Army (OLA).

“The events happening across the border in Ethiopia, can have a spillover effect to Kenya and other neighbouring countries so we are just calling for alertness,” Police Spokesperson Bruno Shioso told Capital FM news on Wednesday.

Shioso however noted that there is no specific threat to the country at the moment due to the events in Ethiopia adding that the move aims to put the security agencies on the “normal state of preparedness”.

“We believe we will have refugee influx downwards, so we want to beef up our security and let us be on general alert,” he said.

There are fears that the situation could also result to influx of refugees into other countries, including Kenya.

Odaa Tarbii, spokesman for OLA, which has also claimed recent advances in Amhara and in the Oromia region surrounding Addis Ababa, said his group intended to topple Abiy’s government, calling his removal “a foregone conclusion”.

“If things continue in the current trajectory, then we are talking about a matter of months if not weeks,” he said, referring to OLA’s move on Addis Ababa.

The comments came hours after Ethiopia declared a nationwide state of emergency Tuesday and ordered residents of Addis Ababa to prepare to defend their neighbourhoods.

In a statement released Wednesday, Abiy accused the rebel alliance of trying to turn Ethiopia into Libya and Syria, adding: “They are set to destroy a country – not to build it.”

He also urged citizens to support the war effort, saying: “Victory over the threat posed by our enemies is unattainable if we do not work together.”

Under the state of emergency, authorities can conscript “any military age citizen who has weapons” or suspend media outlets believed to be “giving moral support directly or indirectly” to the TPLF, according to state-affiliated Fana Broadcasting Corporate.

Lawmakers were expected to approve the state of emergency on Wednesday, Fana said.

TPLF spokesman Getachew Reda said Wednesday the measures amounted to a “carte blanche to jail or kill Tigrayans at will”.

“While the regime is teetering on the brink of collapse, #Abiy & his lieutenants are unleashing a reign of terror with a vengeance,” he tweeted.

The federal government Wednesday also announced a fresh air strike on Tigray — the latest in a campaign of aerial bombardments that began last month.

The strike on the town of Adi Bukray targeted a “military training centre” for the TPLF, government spokeswoman Selamawit Kassa said.

Abiy sent troops into Tigray a year ago in response, he said, to TPLF attacks on army camps.

The 2019 Nobel Peace laureate promised a swift victory, but by late June the rebels had retaken most of Tigray and expanded into the neighbouring regions of Afar and Amhara.

In recent days the TPLF has claimed control of two key cities in Amhara, about 400 kilometres (250 miles) north of Addis Ababa.

The government has denied claims of TPLF territorial gains which, if confirmed, would represent a major strategic advance.

Much of northern Ethiopia is under a communications blackout and access for journalists is restricted, making battlefield claims difficult to verify independently.

The escalating conflict has sparked alarm among the international community, with UN Secretary-General Antonio Guterres and several Western powers calling for an immediate ceasefire and peace talks.

The fighting has already killed thousands and forced hundreds of thousands into famine-like conditions, according to the UN. NAIROBI, Kenya, Nov 27 – The United States (US) Secretary of State Antony Blinken has expressed concern about the signs of military escalation in... NAIROBI, Kenya, Nov 15 – Kenya’s President Uhuru Kenyatta made a surprise visit to Ethiopia’s capital Addis Ababa, Sunday, in which he held a... Ethiopia sets out terms of possible talks with Tigray rebels 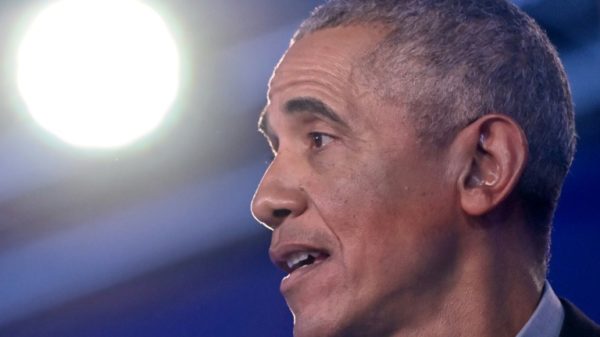 Obama says youth ‘right to be frustrated’ at climate inaction US orders diplomats out of Ethiopia as rebels approach capital

Addis Ababa (AFP), Nov 6 – The US said on Saturday it had ordered all of its non-essential diplomats and their families to leave... Nairobi, Kenya, Nov 6- The United States government has issued a bounty of up to 6 million dollars for information on the whereabouts of...