NAIROBI, Kenya, Jul 13 – Irene Cherop Masit, a National Government Constituency Development Fund board member, seeking to fill one of the four available commissioner slots at the Independent Electoral and Boundaries Commissioner (IEBC) has proposed the creation of a kitty to support women aspirants.

While appearing before a seven-member panel during the fifth day of interviews to hire additional commissioners on Tuesday, Masit said most women across the country do not have the economic muscle to vie for seats yet they have the potential of being good leaders.

“If it is was possible, women should be supported financially, there should be a kitty that will support women who lack economic support to the campaign,” she said.” Where it’s difficult to get that fund, the two-third gender rule should be fully effected in parliament because women are very good leaders, they are fair and it’s very difficult to bribe women.”

During the interview, Masit also noted that in order to conduct credible elections with a minimum budget, the commission should leverage on donors to support voter education.

“If there is a gap, we have to look for other donors, other support people, we can use the cash to conduct elections but we get other stakeholders to assist through provision of materials and training,” she added.

In cases of mismanaged voter education, Masit noted that the commission should also offer sufficient training to the trainers who will in turn offer quality voter education.

Masit, who once vied for a woman representative seat, also told the panel that she detected anomalies in the conduct of elections, especially during party nominations.

“At the time, we were informed that the IEBC will conduct the primaries, but during the voting, the papers did not arrive and we were eventually told the nominations were postponed, that incident presented a  recipe for rigging,” she explained.

IEBC, Masit noted, should strive to oversee credible party primaries which will not present tension and violence that spill over to the main elections. 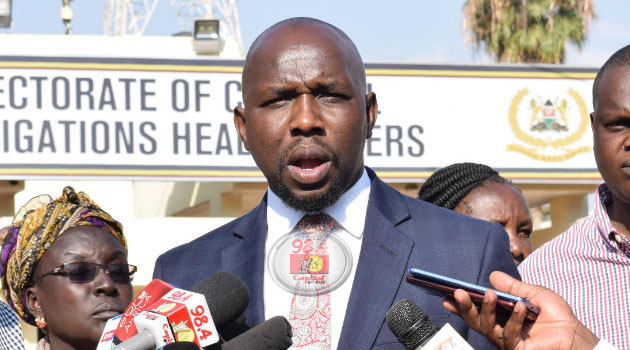