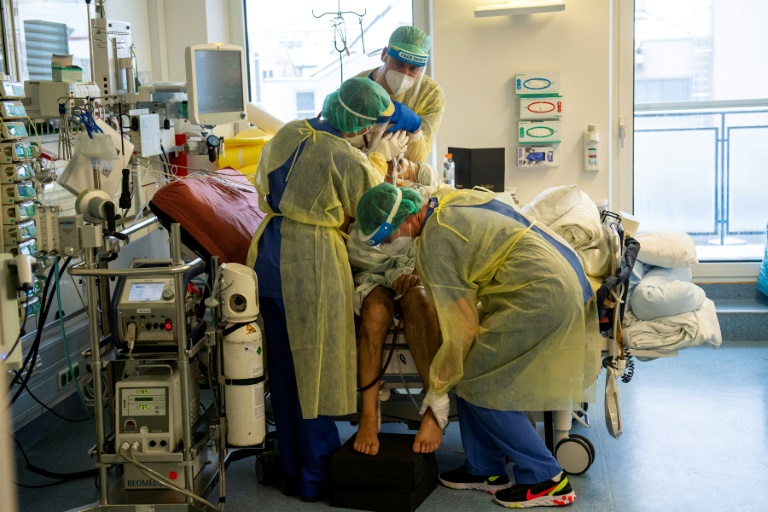 New infections and deaths are soaring in India, which experts have said can in part be blamed on mass gatherings in the nation of 1.3 billion people.

The head of WHO Europe said countries should not make the mistake of relaxing restrictions too soon to avoid similar new waves of infection.

“When personal protective measures are being relaxed, when there are mass gatherings, when there are more contagious variants and the vaccination coverage is still low this can create a perfect storm in any country,” Hans Kluge told reporters Thursday.

“It is very important to realise that the situation in India can happen anywhere.”

The so-called Indian variant — or B.1.617 — is sweeping the country, but the WHO has not yet confirmed whether it is more transmissible or more deadly than other strains of the virus.

Experts have said large gatherings — at sports matches or weddings, for example — are in part to blame for the explosion in cases.

He noted that while the number of new cases in the region fell “significantly” last week for the first time in two months, “infection rates across the region remain extremely high”.

He said vaccines were on the rise in the European region, with seven percent of the population now fully inoculated.

The WHO said this means that more people in Europe have now received the vaccine than the number of people who have been infected with the disease.