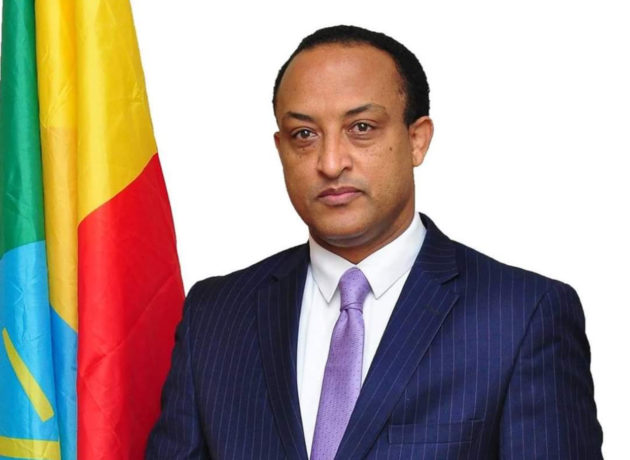 Meles Alem Tekea, served as Ethiopian Ambassador to Kenya before he was named Spokesman of the country's Foreign Affairs Ministry.
64
SHARES
ShareTweet

Ethiopia is a living repository of history, a pot of cultural diversity and was a parting block for the struggle of independence in the African continent and beyond. The stream of inspiration emerging from Ethiopia stretches beyond the political realm unto the religious sphere.

There are numerous examples which can be used to illustrate this claim; for historical purposes, we focus on an event which marks its 125th anniversary this month and which historians agree had served as a pre-eminent emblem for Pan-African movements in various parts of the world Victory of the Battle of Adwa.

On 1 March 1896, a remarkable feat of battle victory was registered in the northern town of Adwa in Ethiopia; it is described by Raymond Jonas, in his book, The Battle of Adwa: African Victory in the Age of Empire as ‘a stunning victory for Ethiopia but a rout and a disaster for Italy’. Former South African President Thabo Mbeki described it as both an Ethiopian and an African victory!

For the Rastafarian faith, they note that it was the first time that they saw God in the king of a Black empire. Notably, it is also regarded as the first-ever decisive victory of black people over European colonial powers.

Today, the battle of Adwa victory may be over a century old, but its inspirations inform the tendons of resilience upon which the Federal Republic of Ethiopia is founded. In Adwa, a group of ordinary small holder farmers, pastoralists, youth and women came together to fight and won against the Italian army which materially was well equipped and arguably boasted a better resource base and organization.

They demonstrated that when united, victory can be attained. Resultantly, the victory of Adwa situated Ethiopia as the only country which was not colonized in the African continent.

There are various lessons from the Adwa victory which resonates to Africa countries today.

History informs us that in 1935, when Ethiopia protested the Italian invasion at the League of Nations, a number of countries across the globe ignored its plea. Once more, in 2021, Ethiopia is calling on the support of all countries as it addresses the issue in Tigray region. It is our sincere hope that you will stand by us!

Standing with Ethiopia is a clear demonstration of the principles upon which the African Union was founded; on the belief that African problems can best be solved via African solutions. Conversely, on numerous occasions, Ethiopia has stood by her fellow African countries in their time of need.

Since 2018, Ethiopia has been undergoing economic, political and social reforms; all these actions are commensurate to and reflective of the demands made by her people. Unfortunately, there were pockets of resistance dotted with actions surmounting to treason from a TPLF cable.

Hitherto, there were numerous attempts at dialogue by the Government of Prime minister Abiy Ahmed with the TPLF leadership, they all failed, culminating into an action to instill rule of law in Tigray region and which regrettably affected a number of people in Tigray region.

Rule of law was reinstated and the Government has since taken giant steps to ensuring that normalcy is restored. Among other projects, the Government is leading in providing humanitarian assistance to over 4 million people, it is undertaking extensive repairing and rebuilding of infrastructure facilities as well as ensuring that institutions of learning are fully operational. The government has also invited international organizations and major media outlets to report on the situation without any restrictions whatsoever. The government has also expressed its unwavering commitment to investigate alleged violations and bring the perpetrators to justice. During a summit level meeting of the AU peace and Security Council, chaired by H.E Uhuru Kenyatta on 9th March 2021 Ethiopia invited Africa Commission on Human and People’s rights (ACHPR) in tandem with Ethiopian Human Rights (EHRC) to investigate alleged human right violations, which is welcomed by AU.

Kenya as the current chair of AUPSC for the month of March plays a key role in supporting this initiative as a champion of African solutions to African problems.

Ethiopia is one of the oldest civilizations with rich history and still has the resilience to overcome challenges. In Adwa, Victory was possible because of unwavering show of unity which was demonstrated by our forefathers. Prime Minister Abiy Ahmed noted that the present generation should draw from the Victory of Adwa the sense of unity displayed in defeating a formidable enemy.

To truly explore unity, there is need for the youths to consider why Ethiopia has been able to wither challenges arising in the recent past. Then connect this to the modern prevailing context; in the post colonialism period. Indeed, it is possible to lay a strong foundation for unity in diversity. One commentor noted previously that in order to entertain diversity, we need to develop the culture of harmony and forgiveness.

Amidst of modern-day challenges, such as the issue in Tigray, if all countries resolve to take a united stand with Ethiopia, our challenges as African countries can be overcome. The best solutions to existent rest with us, the people, who live them every day.

Ambassador Extraordinary & Plenipotentiary of the F.D.R.E

To the Republic of Kenya, and Permanent Representative to UNON