Maraga who was appointed by Gicheru to the Judiciary in 2003, credited him for restoring public trust in the Judiciary during his tenure in office/Judiciary Public Affairs Directorate
0
SHARES
ShareTweet

NAIROBI, Kenya Dec 31 – The late former Chief Justice Evan Gicheru was on Thursday eulogized as a great leader who played a pivotal role in mentoring young judicial officers and shaping the Judiciary’s path to independence.

President Uhuru Kenyatta, who led the nation in paying his tributes to Gicheru who died on December 25, said the country had lost “a gifted leader, a mentor and one of the country’s respected legal minds”.

“His commitment and devotion to serve the country saw him work hard to upgrade his legal knowledge and transform form an administrator to a member of the Judiciary,” he said in a condolence message delivered by the Attorney General Kihara Kariuki at a requiem mass held at ACK St. Francis Church, Karen.

The Head of State noted that Gicheru, Kenya’s longest serving Chief Justice, who died aged 79, was always a firm believer of the rule of law and was non-partisan and incorruptible.

“We will as a country be grateful for the judicial reforms that Justice Gicheru presided over. He brought freshness to the legal system and we will never forget his relentless fight against impunity and corruption in the corridors of justice,” he said.

Gicheru served from 2003 to 2011 and was succeeded by the former Chief Justice Willy Mutunga.

Chief Justice David Maraga mourned Gicheru as an untiring mentor who was unrelenting in his fight for the rule of law and in defence of Judiciary’s independence.

“He leaves behind a strong legacy in the decisions he made; the reforms he engendered in the Judiciary and the many tenacious jurists he mentored,” he said.

Maraga who was appointed by Gicheru to the Judiciary in 2003, credited him for restoring public trust in the Judiciary during his tenure in office.

“His role in restoring the public’s faith and trust in our justice system after its many years of subservience to the Executive will always be recognized as the starting point for the reforms that today define the Judiciary of Kenya,” he said.

Bungoma Senator and former Attorney General Amos Wako rekindled the memories he shared with Gicheru especially during their early days at Alliance High School describing him as “a true friend”.

He noted that Gicheru’s work ethic was unmatched and incomparable.

“I can say without any fear of contradiction that Gicheru was one of the best Chief Justice that this county has ever had,” he said.

Gicheru’s wife Margaret eulogized her husband as a man who was the strength and a pillar of the family during the time they shared.

She told mourners that her husband, with whom she has seven children with and several grandchildren, always put his family first before anything else and endeavoured to teach his children family values.

“He had unconditional love for his children. He was understanding, a disciplinarian. He affirmed his children and inculcated Christian values of honesty, hard work and the fear of God,” she said.

Gicheru’s daughter Roseline, eulogized her father as a man who was always full of joy and happiness and forever put a smile on people’s faces especially those who surrounded him.

“He always made time for us and led by example. He was our friend who treated each one of us as individuals and was actively involved in our lives without favouritism,” he said.

Gicheru’s grandson, Tumaini Kimona, paid tribute to his grandfather eulogizing him as a man who was a father figure, always generous and kind hearted.

“Each of us was privileged to learn from a man whose teachings continue to guide us even today,” he said.

Gicheru will be laid to rest at his Kirinyaga home on Friday at ceremony only restricted to close family members. 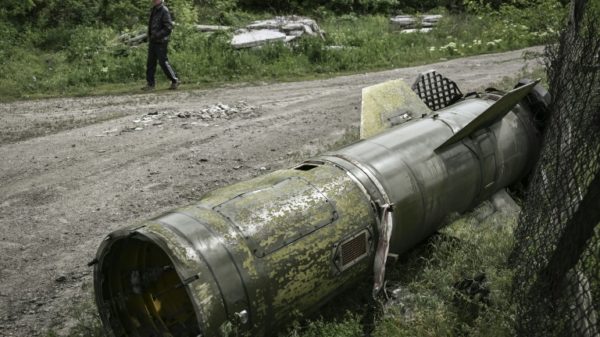