ROME, Nov 6 – President Uhuru Kenyatta kicked off his Official Visit to the State of the Vatican City today with a meeting with his host His Holiness Pope Francis at the Vatican Palace.

The Pope is the Bishop of Rome, the global Head of the Catholic Church and the sovereign of the independent Vatican City State.

Upon his arrival at the official Papal residence shortly after 10am Central European Time, President Kenyatta was accorded a full Apostolic Palace State reception including a guard of honour mounted by the Swiss Guards.

Pontifical Swiss Guards are an army of 135 highly trained marksmen drawn from Switzerland, and charged with the responsibility of protecting His Holiness the Pope and guarding the Apostolic Palace. The colourfully attired soldiers are devoted Roman Catholics who form the world’s smallest army.

Cardinal Bishop Parolin is the current Secretary of State of the Holy See and runs the Secretariat of State and Diplomatic Service of the Vatican City State.

The two delegations discussed several subjects of mutual interest between Kenya and the Holy See among them education, health, regional peace and security as well as the fight against Covid-19.

The Catholic Church is one of Kenya’s foremost development partners especially in the education and health sectors. In education, the Church runs 7,740 schools (31 percent of all schools in the country), manages 220 vocational institutions, five colleges and a university.

In healthcare, the Catholic Church is the largest non-state provider of health services in the country with close to 500 health facilities spread across the country.

The Kenyan delegation therefore sought the Catholic Church’s enhanced participation in Kenya’s education, training and health sectors in support of the Government’s Big 4 Agenda especially the ongoing roll out of the Universal Health Coverage (UHC) program.

Also discussed was Kenya’s role in regional peace and security especially in South Sudan where His Holiness Pope Francis is personally involved. Kenya’s stature as a guarantor of regional peace and stability is set to rise in coming months as the East African nation takes up its non-permanent seat on the UN Security Council.

President Kenyatta, who is in Rome at the invitation of Pope Francis, is making history as the first Kenyan Head of State to visit the Vatican. Kenya established diplomatic ties with the Holy See in 1965.

Over the years, Kenya has hosted four Papal visits in 1980,1985, in 1995 by His Holiness the late John Paul II and most recently in November 2015 by the current Holy Father, His Holiness Pope Francis.

“This visit is extremely rare. The reason that it is rare is that it is not usual for the Holy Father to have an audience with just any Head of State. He values the role that our President is playing in very many aspects,” the envoy said.

Prof Wakhungu, who also serves as Kenya’s envoy to France, said Kenya is an attractive partner of the Holy See because of its impressive profile as a regional peacemaker and the country’s growing influence as it prepares to occupy its seat on the UN Security Council.

“We expect our two Heads of State, in other words, the Holy Father and His Excellency President Uhuru Kenyatta, to discuss, compare notes and strategies on Kenya’s important role in the UN Security Council,” Prof Wakhungu said.

Amb Wakhungu said President Kenyatta and the Pope would discuss Kenya’s response to Covid-19 especially the role that the Vatican is playing in assisting Kenya respond to the pandemic through its extensive network of health facilities in the country.

Alongside Covid-19 containment measures, the envoy said President Kenyatta and Pope Francis would discuss post-Covid-19 economic recovery strategies as well as the deepening of the Catholic Church’s investment in Kenya’s education and training sector.

As part of his historic visit to the Vatican, President Kenyatta, who is a practising Roman Catholic, was taken on an extensive guided tour of the Holy City including the history-rich Papal Basilica of St Peter.

On the margins of the Vatican visit, President Kenyatta, who arrived in Italy on Thursday evening aboard a Kenya Airways aircraft, is scheduled to pay a courtesy call on his Italian counterpart Sergio Materrela on Saturday.

During President Kenyatta’s visit to Quirinal Palace in Rome, the two Heads of State are expected to discuss subjects of mutual interest between Kenya and Italy among them trade and investment, Kenya’s UN Security Council membership and the fight against Covid-19. NAIROBI, Kenya, Jan 19 – Businessman Jimi Wanjigi has been freed after he was discharged from taking plea in the land fraud case facing... ‘We are homeless’: Victims of twin Afghan quakes await aid

Qadis (Afghanistan) (AFP), Jan 18 – Survivors of twin earthquakes in Afghanistan were waiting on Wednesday for aid to arrive after spending their second... Wellington (AFP), Jan 19 – Tonga finished removing a thick coat of ash from an international runway on Wednesday after days of painstaking effort,... 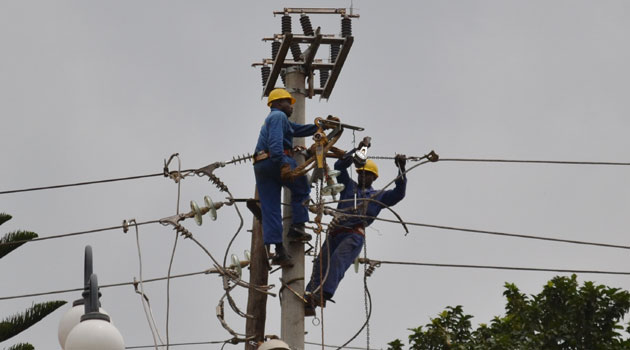 Jakarta (AFP), Jan 19 – An Indonesian court sentenced an Al-Qaeda-linked Islamist militant to 15 years in prison on Wednesday for his role in...