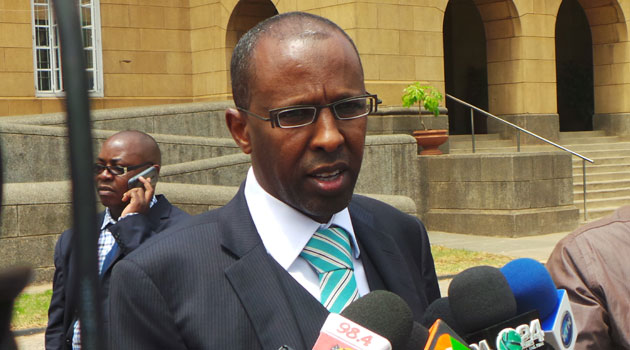 “Uhuru can be stopped by the High Court, Parliament must make an election and sue the President alone, stopping him from acting on the contaminated advice by the CJ,” the senior counsel argued in an unsolicited advisory he issued on Tuesday.

“Maraga takes the law too literal not as a result of philosophical disposition but because a deeper and sound reflection is beyond him,” he said citing the Supreme Court’s decision on the nullification of 2017 presidential election.

The Nairobi-based lawyer argued that the Head of State should in the meantime defer action on the Chief Justice’s advice to dissolve Parliament.

“Uhuru in line with my legal opinion must tell Kenyans that he has taken note of Maraga’s Advice but elects to shelf it because he takes the view that the more considered views are much superior to that of Maraga’s,” he asserted.

Maraga rendered the advice to the Head of State yesterday citing failure by Parliament to operationalize the constitutional two-thirds gender requirement.

However, Adbullahi termed his advisory as untenable saying: “The CJ is guilty of “jurisprudential naivete”.

God forbid but if Uhuru disbands parliament and we go for parliamentary elections, a vicious circle and endless circus kicks in under Article 261(8). A parliament of same male:female ratio will go through the same process.”

The Parliamentary Service Commission made public its intent to challenge Maraga’s advice in court on Tuesday, its chairperson – National Assembly Speaker Justin Muturi – terming the dissolution bid as untenable.

“The Commission regrets that the Rt. Hon Chief Justice appears to be willing, even eager, to plunge the country into a constitutional crisis without exercising the wisdom and circumspection that is expected of the high office that he holds,” Muturi said.

Abdullahi faulted Maraga’s mode of advisory as a ‘constitutional error’ saying he should only act as a messenger between the President and the High Court.

“Maraga has committed a constitutional error when he analyzed and rendered a legal opinion on the matter instead of transmitting the message from the High Court to the President,” he said.

“This wasn’t a judicial decision of a court of law. The CJ was not even performing an administrative function that required him to interrogate dialectical or competing claims and then render a decision,” the Senior Counsel added.