NAIROBI, Kenya, Aug 17 – Nelly Njeri is always in tears whenever she prepares a meal for her children.

This, she says, has gone on for 13 years since April 2007 when her second-born daughter Ruth Kaigua went missing. She describes her as a towering academic giant due to her performance in school.

“I always wonder whether she is okay. Does she has something to eat,” a teary Njeri told Capital News during this interview.

It is a story of hope against all odds and more than ever before, Njeri and her husband Abraham Kaigua are optimistic that this is their time to reunite with the missing daughter.

The journey to look for her kicked off in April 2007- a dark year for the family- after she went out of reach, just a day after meeting a friend.

“We are ready to receive our daughter back home. This is where she belongs,” Njeri said.

Karugu, police were told at the time, was watching a movie with her roommates at the Moi University in Eldoret, when she received a call from a friend.

“She received a call from a strange number and after a brief conversation with the caller, Karugi said she was going out,” this is captured in a police statement recorded by one of the roommates.

Who was the caller? It is a question whose answers have not been found since the said friend “denied meeting her” according to Kaigua and police.

All they know is that Karugi left her colleagues for a night out but never returned.

“I had a feeling they were not telling the truth. While the friend admitted calling my daughter, he said they never met,” Kaigua who expressed frustration with how police, then, dealt with the matter, said.

“Instead of interrogating witnesses and the first suspect, they started diverting me to other areas. One police officer asked me to check for her at a nearby river.”

Since the fateful night, the third-year medical student has never been seen.

“We miss you so much Karugi, please come back home,” her mother Njeri said during an interview with Capital News, at her home in Kiambururu village, Kiambu County.

“She would have been a doctor by now,” Karugi fondly said of her daughter, a best friend, who never shied away from sharing her small secrets.

The family has now reached out to the Directorate of Criminal Investigations (DCI), hoping the tormenting wait will soon end.

“We mention her by name every time we pray,” Njeri said.

Until they unite, the family holds dearly on the memories they shared and is optimistic that the long wait will soon come to an end.

Health CS Mutahi Kagwe, through a statement shared to newsrooms, said there were 494 hospital admissions while another 1,615 patients were under home-based care... 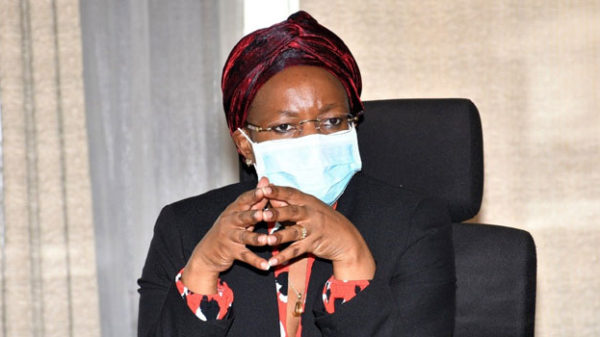