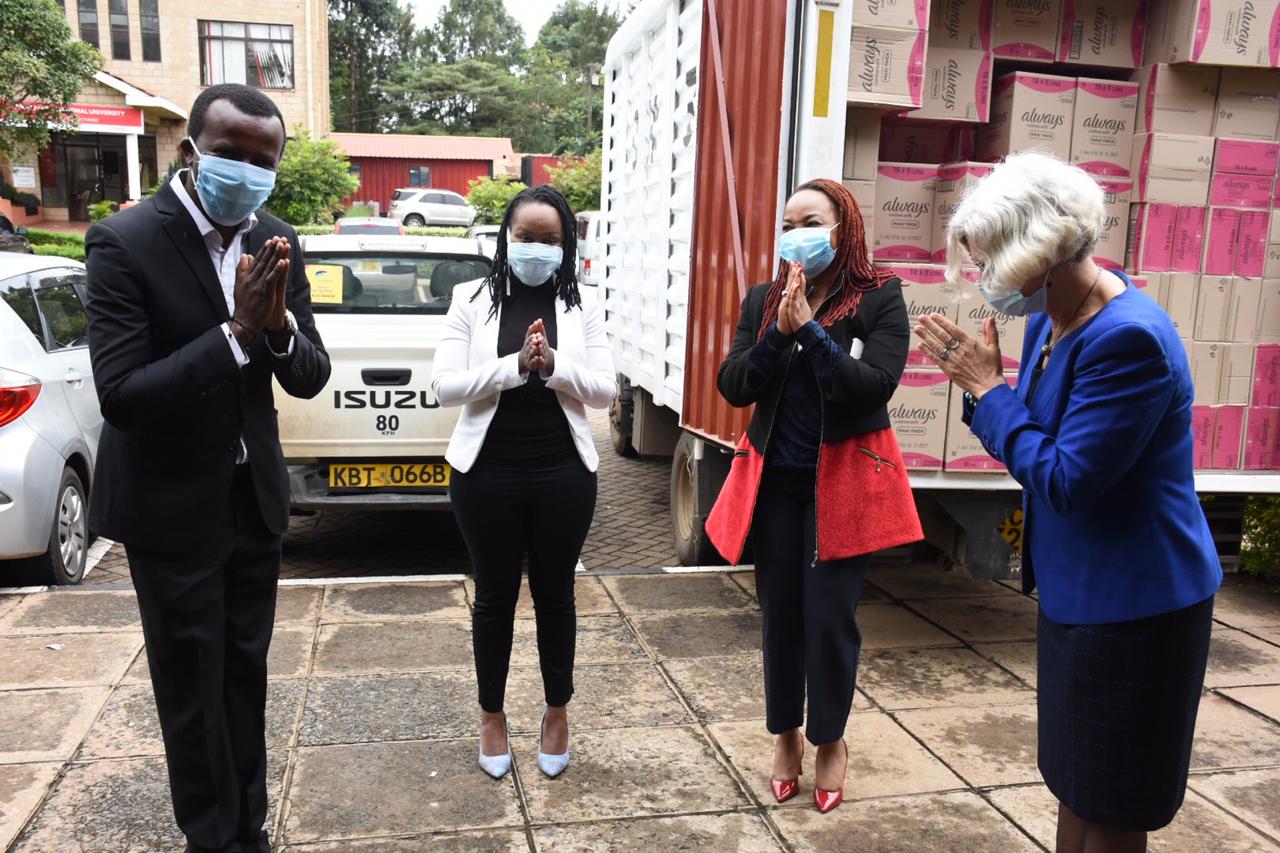 NAIROBI, Kenya, Apr 24 – Access to sanitary towels remains a critical challenge for many young girls in Kenya due to the COVID-19 pandemic.

Research by Menstrual Hygiene Day, a global advocacy platform for non-profit organizations and government agencies to promote menstrual health, shows that 65 percent of women and girls in Kenya are unable to afford sanitary pads.

For many of the schoolgirls at home, the avenue to access free, sufficient and quality sanitary towels in a public basic education institution is now closed after the Ministry of Education ordered the closures following the COVID-19 outbreak, meaning period poverty is a reality to them now more than before.

“It becomes quite difficult for the young girls to manage their periods safely and with dignity,” a rights advocate from Kibera, Editar Ochieng’ stated.

The advocacy group noted that in addition to delivering non-perishable food staples—and, as of late, nearly impossible-to-access items like hand sanitizers and packs of toilet paper—menstrual products should be included in the packages by various organizations and government efforts.

In response to the call by young girls, online Procter and Gamble on Thursday donated 16,000 sanitary towels which will be distributed through Amref’s Health Africa, Y-ACT (Youth in Action’s) network of youth-led organizations.

The donation will go a long away in assisting the affected to withstand the social crisis caused by the COVID-19.

‘‘We worry that there will be a surge in teenage pregnancies due to a surge in sexual violence and transactional sex”, added Executive Director at Y-ACT Evalin Karijo.

For this contribution, the network has mapped out youth-led organizations in Nairobi, Kilifi, Samburu and Kisumu, most of which are female-led and work in the informal settlements, to support the distribution of these sanitary towels.

“This donation bridges the gap between vulnerable communities and better health care, during this time of the pandemic,” Group Director of Programmes at Amref Health Africa Mette Kinoti noted.

Kinoti while lauding the support of Procter Gamble for their donation emphasized that the response by the private sector to the needs of the society goes a long way in assisting the affected to withstand the social crisis engendered by the COVID-19.

In addition to delivering non-perishable food staples—and, as of late, nearly impossible-to-access items like hand sanitizer and packs of toilet paper—menstrual products should be included in the packages by various organizations and government efforts.

In a recent release the United Nation Population fund (UNFPA), highlighted that women and girls in humanitarian crisis are susceptible to a myriad of challenges including teenage pregnancies as shown in previous cases such as Ebola.

There are 1.8 billion girls and women of reproductive age in the world. Of those, at least 500 million lack adequate facilities for managing their periods, according to a report from UNICEF and the World Health Organization (WHO).

Out of approximately 5 million girls between the ages of 10 and 19 in Kenya, 2.6 million require support to obtain menstrual hygiene materials.

“Approximately 300,000 of them, owing to cultural practices particularly in arid and semi-arid regions, would require both sanitary towels and underwear at an estimated cost of 2.6 billion Kenyan shillings”.

Where most areas a packet of sanitary pads costs 100 to 200KSH, and the average family has to manage on less than that per day, poverty means access to sanitary products is near-impossible for the majority of girls, particularly in slums and remote rural areas.