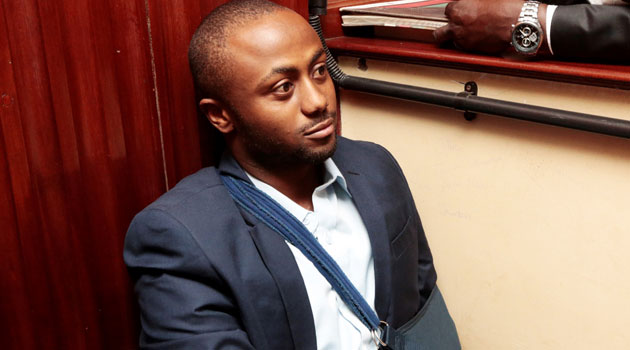 The judge cited the possibility of Jowie absconding future appearances and lack of a known physical address.

“The picture that emerges from the Prosecution’s evidence and the pre-bail report of the first accused (Irungu) is that he is a male version of a slay queen which for lack of better terminology I will call a woman eater,” Justice Wakiaga said at the time.

In his ruling on Wednesday however, Justice Wakiaga said no compelling reasons had been given to deny him bail adding that all the key witnesses had testified.

While allowing his application the judge cautioned the suspect against commenting about the case while out on bail.

Maribe and Irungu were charged on October 15 (2018) before Justice Jessie Lessit with the murder of Monica Kimani, a businesswoman found dead at her Lamuria Gardens Apartment in Kilimani on September 19.

She had just returned from Juba, South Sudan.

The Lady Justice had prior to charging Maribe ordered a mental assessment on the journalist when she was first arraigned before her court on October 12 after preliminary  investigations into Kimani’s murder.

Maribe had been arraigned before the court having been arrested on September 29 during a routine questioning by detectives from the Directorate of Criminal Investigations (DCI).