Teddy Mwambire, Ganze MP, who is also the Youth patron for BBI hands his recommendations on the BBI report during the validation and engagement meeting at Laico Regency Hotel/BBI Taskforce Media Team

NAIROBI, Kenya, Feb 14 – The County Assemblies Forum (CAF) has opposed the establishment of regional governments, in what has been termed as a scheme by county governors serving their final terms in office to save their political careers.

While presenting their views to the Building Bridges Initiative (BBI) steering committee led by Senator Yusuf Haji on Friday, the forum which brings together Members of County Assemblies (MCAs) said economic blocs should instead be used as vehicles for steering investments in regions.

“CAF does not support the establishment of regional governments and in effect it does not support creation of regional county assemblies and county boards, the team supports economic blocs as vehicles for fostering investment,” the forum outlined in a document submitted to the BBI steering committee.

A youth group dubbed Youth For BBI who also presented their recommendations to the 14-member team during the second day of BBI validation meetings with stakeholders have supported the third tier of government proposed in the BBI. 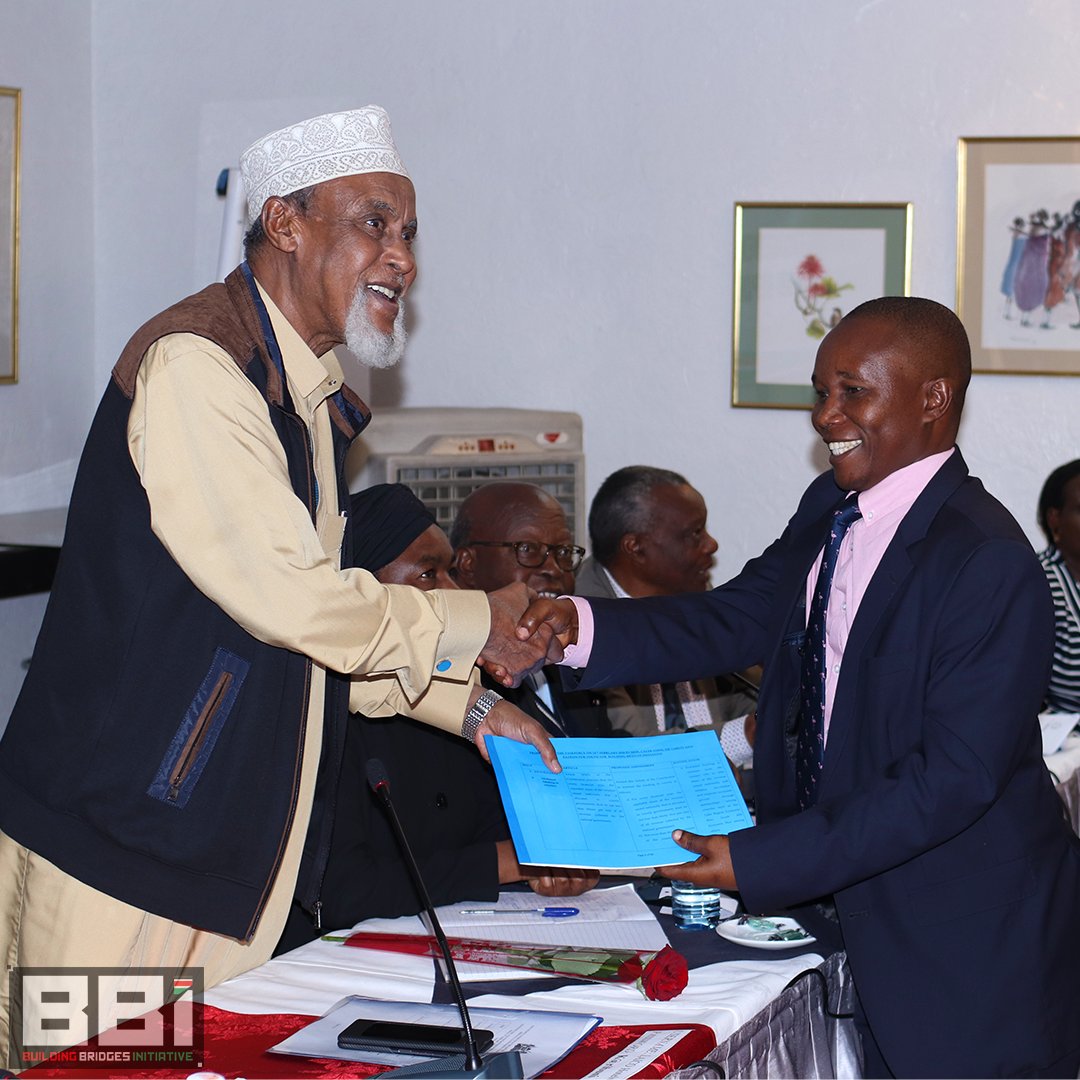 Teddy Mwambire, Ganze MP, who is also the Youth patron for BBI hands his recommendations on the BBI report during the validation and engagement meeting at Laico Regency Hotel/BBI Taskforce Media Team

The group also proposed the establishment of a County assembly fund which will exist alongside the current County Revenue fund.

Presenting their views before the steering committee, the MCAs also fronted that inclusion of county governments in the National Security Council and the establishment of a county policing authority in the Constitution.

In their proposal, the group recommended the devolution of Independent Electoral and Boundaries Commission (IEBC) to all the 47 counties with enough resources to run and declare election results.

Mvurya further proposed the gazettement of a national environment day prescribed in law as a national holiday as part of efforts to enhance environment conservation.