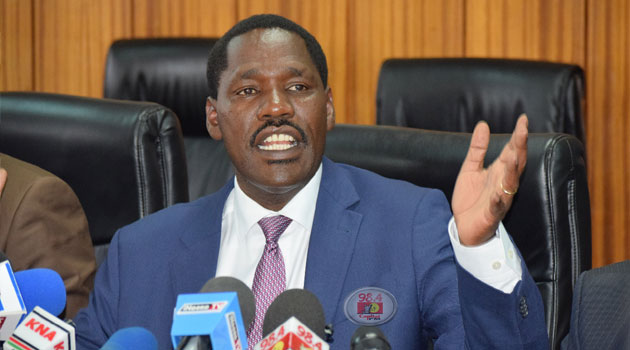 Munya said the funds will go towards containing the situation and ensuring swarms spotted in eight counties do not spread further.

“We don’t have challenges of resources as we speak, the government is in control of the situation and the locusts have been controlled to some extent,” said Munya after officially taking charge of the Agriculture docket following the dismissal from Cabinet of Mwangi Kiunjuri.

Munya announced that three aircrafts have been deployed to spray the locusts, beginning Thursday.

Four additional crafts will be deployed for surveillance to track some five swarms of locusts and their movements.

The military is also said to have provided an additional aircraft to assist in spraying highly affected areas of Garissa and Marsabit.

Munya announced that an additional aircraft from Zambia was set to join the Kenyan teams.

“With these additional efforts I am sure we are going to manage this problem,” he said.

Munya said the ministry had not quantified the damaged caused by locusts so far, as emphasis had been placed on measures to tame the destructive insects.