Special prosecutor Taib Ali Taib (pictured), the DPP submitted that he was not against National Treasury Cabinet Secretary Henry Rotich, his Principal Secretary Kamau Thugge and other accused being released on bail, as it is their constitutional right/CFM – SAM WANJOHI

NAIROBI, Kenya, July 23 – The Director of Public Prosecutions, Noordin Haji, on Tuesday told a magistrate court he is not opposed to bail applications by 10 suspects arraigned in court on graft-related charges over a Sh65 billion Kimwarer and Arror dams’ scandal.

Special prosecutor Taib Ali Taib, the DPP submitted that he was not against National Treasury Cabinet Secretary Henry Rotich, his Principal Secretary Kamau Thugge and other accused being released on bail, as it is their constitutional right.

Chief Magistrate Douglas Ogoti will reconvene at 4.30 pm on Tuesday to make a ruling on the applications.

Taib asked that the suspects surrender all their travelling documents including passports, keep away from their officers, and undertake not interfere with witnesses or tamper with evidence relating to the case.

He also asked the court to direct the accused persons to provide adequate surety for their attendance for the trial.

“If they are willing to accede to these conditions, we will have no problem with what they have requested. The amount of monies that this republic has lost through these accused persons is immense,” Taib submitted. 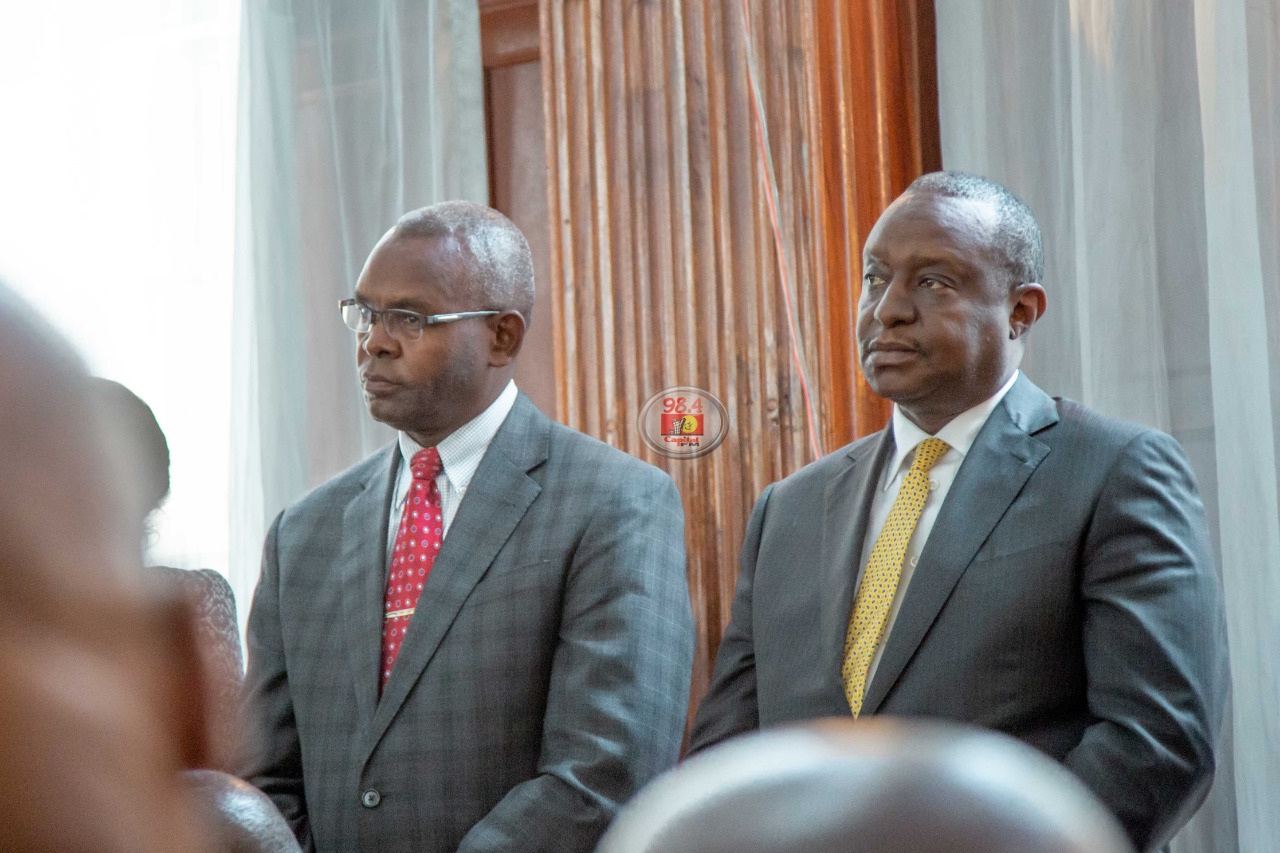 Already, the suspects have denied various charges leveled against them by the prosecution.

The charges were read out to them in a packed courtroom at the Milimani Law Courts, following their arrest on Monday when the Director of Public Prosecutions approved their arrest and prosecution.

“It is a proposition that we make on a without prejudice basis to our right to respond and one that we are making good faith, to save the court’s time,” the prosecutor said.

The DPP released a list of 28 individuals, accused for playing a role in the multi-billion shillings scandal, among them officials of Italian firm CMC di Ravenna that was contracted to construct the dams.

The State has since applied for a warrant of arrest for the officials who failed to surrender.

Some lawyers however committed to secure the appearance of the suspects who were unable to show up in court on Friday.