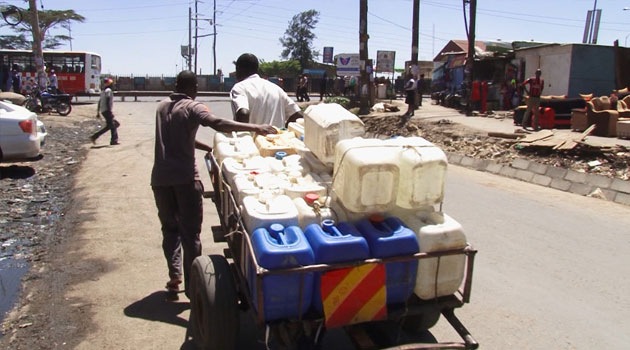 NAIROBI, Kenya, May 20 – Counties listed in the alarm drought stage doubled in April in what the National Drought Management Authority (NDMA) attributed to the delayed onset of the March-May long rains.

In March, only five counties – Marsabit, Wajir, Garissa, Turkana, and Mandera – were listed in the alarm drought stage.

The agency’s May early warning bulletin reported worsening conditions in Tana River, Samburu, Kilifi, and Baringo, with the drought situation in Marsabit, Turkana, and West Pokot described as stable.

Garissa, Mandera, and Wajir were the only counties in the alarm drought stage that registered an improvement.

“Average distances to water for both households and Livestock increased in April compared to March and were also above the five-year average in nearly all ASAL areas,” the report noted.

“The increase in distances was mainly attributed to drying up of most surface water sources such as rivers, water pans and dams as a result of the prolonged dry spell.”

In total, 23 counties in Arid and Semi-Arid Lands (ASAL) were facing varying levels of drought classified into three broad categories of normal, alert and alarm stages.

Meru and Kwale counties are the only ASAL areas categorized as normal with conditions in the latter said to be worsening by the time the latest drought assessment bulletin was compiled.

The worsening vegetation conditions affected the general body condition of livestock with increased trekking distances in search of pasture and water compounding the crisis.

Milk production was also negatively impacted as a result of decline in pasture and availability of water.

“In Tana River, for example, average milk produced per household per day is 48 per cent below the Long Term Average (LTA) for the month. In the same way average milk production in Lamu, Mandera, Garissa, Samburu, Kajiado and Narok was below LTA by 69, 47, 44, 42, 39 and 38 per cent respectively,” NDMA’s May early warning bulletin reported.

ASAL counties however reported goat prices above or similar to the average price for the period under review expect for four counties.

Goat prices in Turkana, Wajir, Tana River, and West Pokot were below the three-year average price due to high supply of goats in the market.

The National Government on March 18 announced a Sh2 billion funding to facilitate food relief programs and water trucking in 13 counties affected by food insecurity at the time.

Deputy President William Ruto had said the new funding channelled through the Ministries of Devolution and Agriculture, was in addition to Sh12.4 billion set to be disbursed through the Ministry of Labour and Social Protection via cash transfers to 1.3 million vulnerable persons including the elderly.