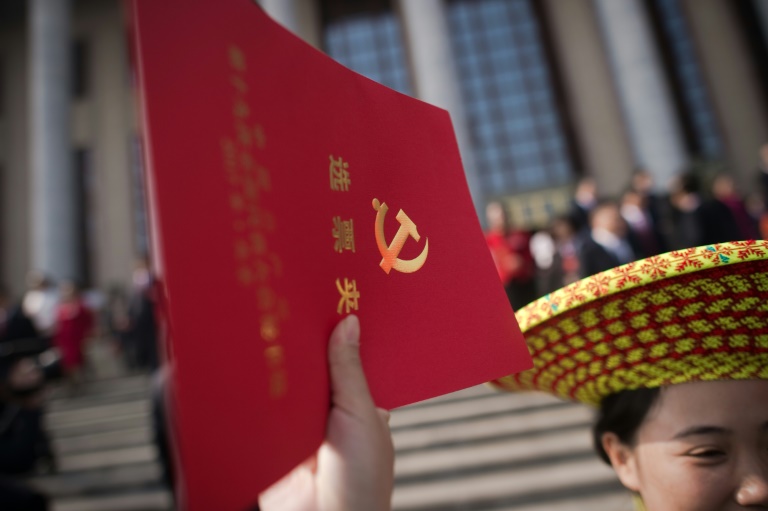 BEIJING, China, Mar 2 – When President Xi Jinping attends the National People’s Congress, he will swear an oath to uphold China’s constitution. But first, he will remake it in his own image, legally formalising his almost limitless mandate to bend the nation to his will.

On Monday, nearly 3,000 delegates from around the country will gather in Beijing for what could become the nation’s most consequential annual legislative session in decades.

They are expected to rubber stamp major constitutional amendments providing the legal framework for elevating the authority of the Communist Party and its most powerful leader since Mao Zedong.

The two-week session will hand Xi a second five-year stint as president, but it will also likely scrap the constitution’s limits on holding the office, clearing the way for him to rule for life.

“It’s opening at the most critical period for reforming the party and national system,” he said.

The constitutional amendments, he added, will help Xi usher in his “new era”, where a resurgent China, under the guidance of the Communist Party, will regain what many see as its rightful place at the centre of world affairs.

Achieving that goal — which will be written, along with Xi’s name, into the constitution — requires a strong leader and a strong party, Chinese state media has argued.

But the possibility that Xi could rule for life, like Mao before him, has sparked a public outcry, prompting party censors to furiously stamp out dissenting voices on social media.

The anxiety is understandable, according to Trey McArver, founder of Beijing-based research firm Trivium China.

“This seems like a pretty clear dismantling of some of the important institutions put into place to make a more robust administration.”

The current constitution has been altered four times since its adoption in 1982, when it replaced a previous version written in 1978 in the lead up to the start of the country’s reform period.

In the 1980s, China’s paramount leader Deng Xiaoping sought to move the system away from the one-man rule of the Mao era and separate the functions of the state from those of the party.

“Over-concentration of power is liable to give rise to arbitrary rule by individuals at the expense of collective leadership,” he counselled in 1980, although he never took the advice himself.

Still, Beijing moved to a system virtually unique in the history of Communist governance, one that emphasised the notion of collective leadership and allowed the country to enjoy regular, orderly transitions of power for almost four decades. But this year’s amendments could destabilise that arrangement.

In addition to removing term limits, the legislature is set to change the body of the constitution to legally recognise the Communist Party’s leadership over the nation, an idea previously only mentioned in the preamble.

The decision is part of a comprehensive reform of the relationship between the state and party intended to “strengthen the CPC’s leadership in every sector, ensure its all-encompassing coverage and make it more forceful,” according to a statement Thursday by the party’s Central Committee.

It will “for the first time constitutionalise China’s status as a de facto one-party state” effectively removing the fig leaf of ideological competition that the country has worn since its establishment, said Changhao Wei, an expert on the Chinese legislature.

The country has eight official political parties in addition to the CCP.

But the new wording could “render any competitive multi-party system unconstitutional,” Wei said.

Lawmakers are also expected to formally establish a new anti-corruption agency that could make all government employees subject to the country’s anti-graft campaign, which has punished more one million party officials since Xi took office in 2012.

The new organisation could give officials more power to carry out extra-judicial political purges in the name of fighting the country’s rampant corruption.

“The party is paying more attention to the constitution,” Wei said, but the moves may not increase the rights afforded to Chinese citizens.

Instead, the government could “effectively erase them by narrowly interpreting the relevant provisions.”

As the NPC prepares to alter the constitution, Beijing is taking extra steps to promote it as the cornerstone of China’s governance.

Among the new amendments is one requiring officials to pledge allegiance to the document.

Authorities have directed state media to highlight Xi’s recitation of the oath, his first as president, according to a source familiar with the matter.

But Li Datong, the former editor of the state-owned China Youth Daily newspaper scoffed at the idea.

Like the rest of the NPC, he said, the ceremony is “just a performance.”

“If they really respected the constitution, they wouldn’t act so arbitrarily.”