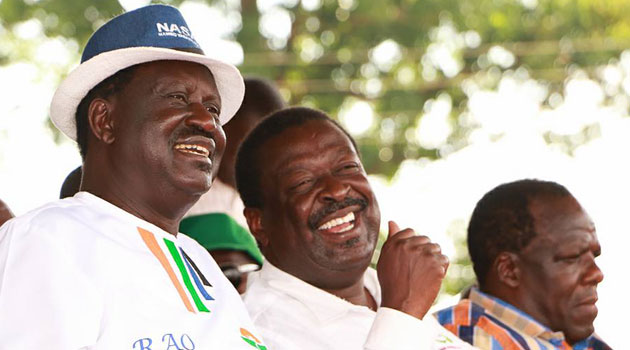 NAIROBI, Kenya, Oct 9 – National Super Alliance leader Raila Odinga has been given four days to respond to a petition filed in court to compel him to participate in the repeat presidential election later this month.

The petition was filed by Pokot South Member of Parliament David Pkosing following mixed signals from the Opposition leader who successfully petitioned the Supreme Court to nullify the August 8 presidential election of which President Uhuru Kenyatta was declared winner.

Monday’s order was given by Justice Chacha Mwita after lawyer Kibe Muingai told the court that Odinga or his lawyers have not filed submissions despite having been served formally.

In his suit papers, the Pokot MP argues that there will be a constitutional crisis in the country if Odinga boycotts the election, because the Supreme Court was clear on who should take part.

Speaking on Monday, Odinga said it is within his constitutional right to make the decision of taking part in the polls set for October 26.

“As far as we are concerned IEBC has not responded positively to most of our issues, regarding the notice this is a democratic society I have a freedom of choice; if I choose not to participate in a pre-rigged electoral process, it’s my democratic right and no court can order me not to do so,” stated Raila.

He spoke soon after President Uhuru Kenyatta said in Mombasa that there is a plan by the NASA leader to boycott elections.

“I have heard that my competitor is planning to withdraw from the the race, I want to tell him that if he does not want to participate in the election to kindly step aside; the country needs to move on,” said President Kenyatta.

The two leaders spoke even as protests rocked various parts of the country, including the lakeside town of Kisumu and Machakos where protesters were teargassed by anti-riot police.

The NASA supporters have been staging weekly demonstrations with the slogan “no reforms, no elections,” in different parts of the country demanding 12 ‘irreducible minimums’ before the fresh poll is held.

The IEBC Chairman Wafula Chebukati after meeting with the two candidates in separate sessions said that all the demands made by NASA had been addressed; something that NASA has continuously denied describing the said changes as ‘cosmetic’.

But even as NASA continues to push for the resignation of senior IEBC officials, among other changes to the Commission, foreign diplomats and the United Nations have urged both the Opposition and Jubilee Party not to make demands that would impede the electoral process.

Chebukati also said that the presidential election project coordination team had been reconstituted to ensure that they deliver a credible election come October 26.