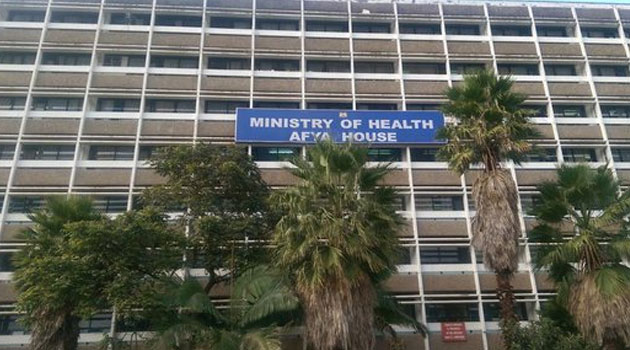 First to appear before the commission on Wednesday is Principal Secretary Dr Nicholas Muraguri, followed by the Cabinet Secretary Dr Cleopa Mailu on Thursday.

The internal auditor Bernard Muchere who raised the red flag on the matter appeared before investigators on Tuesday afternoon, as well as the Head of the Accounting department Joyce Mutugi ho also recorded a statement.

A statement from the commission said more officials will be called for questioning as well as suppliers and other persons of interest in the matter.

“We called for and received part of relevant documents from the ministry,” EACC CEO Halakhe Waqo said in the statement, “more witnesses including the suppliers are lined up for interviews.”

The ministry has already dismissed claims that Sh5 billion was misappropriated in the 2016/17 financial year, instead saying only Sh3.5 billion was queried and answers have been given.

In a statement issued on Monday, the Health Ministry top officials said all the queries raised in the preliminary audit report had been settled, but pledged to cooperate with investigators to ensure Kenyans get to know the truth.

Mailu has dismissed calls to have him and the PS step aside to pay way for investigations, saying the matter is being addressed by all the competent authorities.

Mailu told journalists on Sunday that no firms named in the Sh5 billion alleged scandal at the ministry were favoured, as claimed by Opposition leaders and activists.

He said all Kenyans have a right to transact business with the government unless there is direct conflict of interest as clearly stipulated by law.

Mailu was responding to questions from reporters that some of the companies—some associated with President Uhuru Kenyatta’s relatives or close friends were favoured in getting lucrative contracts at the Ministry of Health which is has come under sharp focus since last week.

Deputy President William Ruto, who spoke at a public function separately, also defended President Kenyatta’s sister saying she had every right to transact business with the government.

“What is wrong with that,” Ruto posed, “she is a woman and that is a category listed under the AGPO therefore I don’t understand those saying she should not do business with the government because she is the President’s sister,” he said.
The involvement of the President’s relatives in the in contracts with the Health Ministry hit newspaper headlines on Sunday, culminating to debates on social media where many questioned why Kathleen’s firm was awarded a contract as an AGPO beneficiary yet she is not disadvantaged.

But Ruto has told the critics off, saying their arguments is not supported by legal provisions.