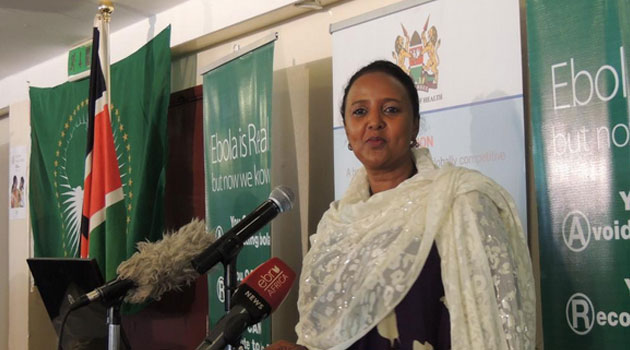 NAIROBI, Kenya, Oct 19 – Foreign Affairs Minister Amina Mohamed is the most suitable person for the position of the Chairperson of the African Union Commission, according to an international relations expert.

Capital FM News engaged Macharia Munene who is Professor of History and International Relations at the United States International University (USIU) on the issue, who explained that the main reason President Uhuru Kenyatta nominated her, was her outstanding performance as the country’s Foreign Affairs Cabinet Secretary who marketed Kenya across borders.

It was during her term that Kenya rose to global recognition attracting visits of the most powerful leaders from countries like the United States of America.

“Amina is a good Kenyan who has been an effective Minister of Foreign Affairs. In terms of representing Kenya’s interests at the global level, she has done well,” Munene opined.

During Amina’s term, Kenya hosted for the first time Presidents who had never stepped on Kenyan soil since independence.

An example was President Barack Obama, who became the first sitting President from the US to visit Kenya.

The same history was repeated when President Jacob Zuma came to Kenya in October this year on the first State visit by a South African President.

The visit by Pope Francis to Kenya in 2015 again placed the country on the world map just few months after President Obama’s visit in July the same year.

In the past four years Amina took the credit of Kenya becoming the global spotlight for hosting chief global events like the Tokyo International Conference on African Development (TICAD), the 6th Global Entrepreneurship Summit (GES), the 40th Annual World Congress of the Africa Travel Association (ATA), 10th World Trade Organization (WTO) Ministerial Conference and among others the 14th quadrennial conference on the United Nations Conference on Trade and Development (UNCTAD).

Because of her outstanding diplomatic work and ability to rally the world to work with Kenya, Munene believes Amina’s stakes were high in that she would exert the same energy to represent Africa’s interest and market its agenda globally.

“This is a very high position that requires somebody with a lot of diplomatic skills. With Kenya’s new image, she stands a very good chance.”

Having worked with the UN, Munene explained that Amina was also well connected to powerful bodies that Africa requires to work with to propel its agenda economically and socially.

During the 27th Ordinary Session of the African Union Assembly of Heads of State and Government held in Kigali in July, the meeting failed to reach consensus on the best candidate and postponed the election of a new chair and deputy to the next summit to be held in Addis Ababa, Ethiopia, next January.

However, after seven rounds of voting none of the three candidates got the two thirds of member states’ votes required prompting the summit to request the current Chair Nkosazana Dlamini-Zuma and her team to hold the office for six months.

According to Munene, the three candidates fronted ‘did not seem to excite other participants’ or ‘lacked colour’, a basis that could have prompted President Kenyatta to nominate Amina who he considered as a viable candidate for the position.

“There is a stalemate and what Kenya seems to be doing is to try to break that stalemate in the AU. Breaking it is then to propose a candidate who may be acceptable across the board because Amina is well known in Africa.”

It was his opinion that none of the three candidates emerged as a winner because they were not well known by the AU members.

Munene also felt that Amina’s zeal to support establishment of a continental court as well as defending Kenya and Africa at the International Criminal Court (ICC) and the Assembly of State Parties (ASP) were plus points that earned her recognition within and outside the continent.

“The ICC factor raised Kenya’s profile – Kenya came out as the defender of what is perceived to be Africa’s interest, which explains why all these world leaders are trooping to Nairobi to see this country that can really confront the big powers almost on equal intellect terms and maneuver. The far that Kenya was able to do that, captured global attention and Amina was among those who raised that profile.”

Because of Amina’s competence and Kenya’s influence, Munene said he didn’t see what would block her from getting the seat during the next summit slated for January 2017.