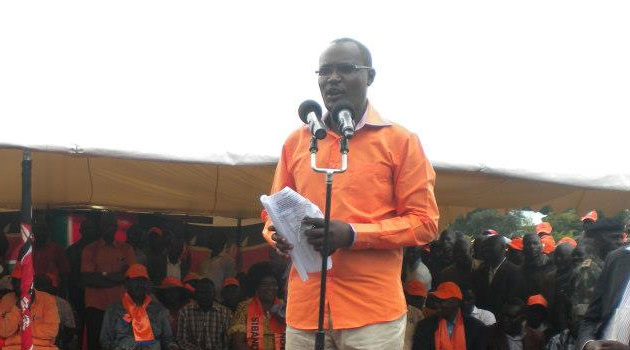 NAIROBI, Kenya, Oct 18 – A resident of Homabay has written to the Ethics and Anti-Corruption Commission (EACC) to investigate Suba Member of Parliament John Mbadi together with the County Government over the alleged misuse of funds meant for the sinking of boreholes.

In a letter addressed to the anti graft body, Gerald Dibogo also cited former Homabay County Executive in charge of water Consolata Yambo and the area MCA Tom Omuto for allegedly colluding to have the boreholes sunk in their personal homesteads.

“We the residents of Suba South Constituency did not receive the said public utilities as one Ms Consolata Yambo (then CEC in charge of water) and who is a resident of Nyatambo in Suba South constituency together with the area Member of Parliament, one honourable John Mbadi and area MCA, one Tom Omuto apparently colluded and in the stead shamelessly and wantonly had three of the Homabay County Government designated boreholes sunk in their personal homesteads,” the letter from his advocate Martin Tebimo to EACC states.

Dibogo pointed out that this action went contrary to the decision by the County Government to set aside monies to sink boreholes in various constituencies within the county.

“It is also quite unfortunate that our leaders do not appreciate that we are under a new constitutional dispensation where all public officers are under a duty not only to uphold the provisions of the constitution of Kenya 2010, but also conduct themselves in an ethical manner while serving the electorate,” the document stated.

Through his lawyers, he described this as utter impunity which denies the residents of Suba the much needed public utilities.

“In the premises, we are under instructions to request your good office to kindly but urgently launch investigations into the provision of boreholes in Suba South constituency by the County Government of Homabay.”

The letter comes even as President Uhuru Kenyatta challenged key institutions charged with fighting corruption in the country to get down to work and produce results, as opposed to giving lame excuses all the time.

The President who spoke at the State House summit stated that as the Head of State, he has done all he can to ensure corruption is fought by empowering the institutions mandated by law to fight the vice.