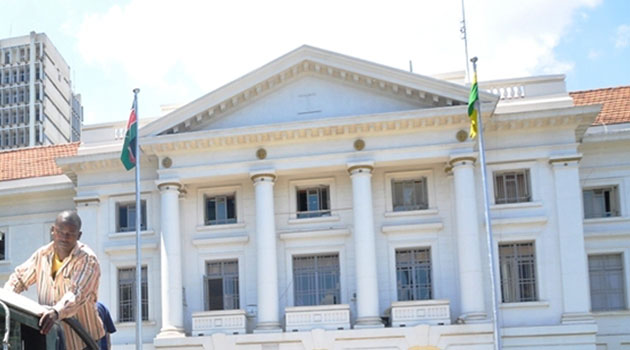 Of this amount, Sh23.15 billion has been set aside for recurrent expenditure, 65 percent of which will be used to pay salaries and wages of the county government’s staff.

Speaking following the assembly session, chairman of the County Assembly Budget and Appropriations Committee Michael Ogada explained that Sh12.8 billion which represents 36 percent of the entire budget has been set aside for development programs.

“The problem we are facing currently is on the wage bill. The wage bill according to the Public Finance regulations is not supposed to go beyond 35 percent of the total revenue,” he stated.

The MCAs had earlier snubbed the assembly where they were expected to pass a vote on the estimates after they demanded that Kidero approves the Ward Development Fund and gratuity allocated in the last financial year.

“But you see in Nairobi, it has gone beyond the 50 percent mark so that it is in itself a violation of the Act and this is why we have been struggling to ensure that we stop the county from further recruitment,” Ogada pointed out.

“Salaries currently stand at Sh14 billion but taking into account that we have got annual increments, we are anticipating that that we are going to be spending Sh15 billion annually. We are also stressing the need for everything possible to be done to increase City Hall’s revenue collection,” he said.

He also stated that the Public Works and Infrastructure sector got the largest allocation of development funds having been given Sh4.87billion and the health sector getting Sh6.55 out of which Sh1.1 billion has been set aside for development programs.

“The development resource requirement for the health sector as per the submissions made by the County Executive during the consideration of the estimates stood at Sh2.2 billion including Sh500 million for improvement of facilities, Sh1 billion for the purchase of equipment and tools and Sh700 million from the provision of emergency services,” he outlined.

“Basically our work is service delivery and this is why we are saying that for you to make Nairobi habitable, you have to have a clean environment. We have given enough allocation for the environment sector. However, what I was against was that every time they keep on asking for new trucks.”

While debating the County Budget and Appropriations Bill, the MCAs urged Governor Kidero to fully implement the estimates to ensure development in key sectors.

“We want to urge the Executive to fully implement these estimates as passed and ensure that city residents get value for their money,” they said.

The estimates were passed after Kidero held a meeting with the Members of County Assembly last week where the contentious issues were addressed and resolved.