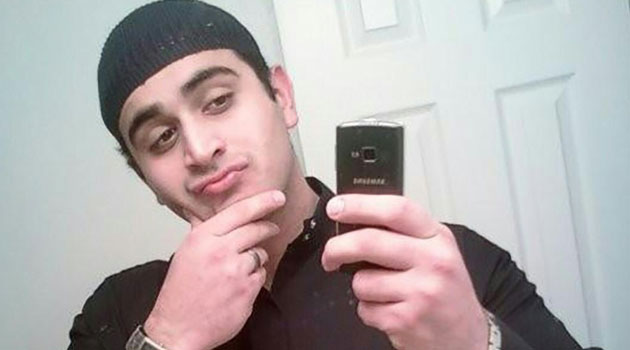 An image from the Myspace page of Omar Mateen, 29, a US citizen of Afghani descent from Port St. Lucie, Florida/AFP

ORLANDO, Florida, Jun 13 – People close to the gunman behind the attack on a gay nightclub in Florida that left 50 dead, paint a picture of a violent and prejudiced young man.

The suspect, 29-year-old Omar Mateen, is a Muslim American of Afghan descent and law enforcement were investigating whether he had ties to or was inspired by Islamist extremism, after a source linked to the Islamic State group claimed the attack.

The FBI said he apparently made a 911 call just before the massacre to claim allegiance to the Islamic State group.

Sunday’s attack, the worst mass shooting in modern US history, was carried out at Orlando’s Pulse nightclub, a well-known gay hangout.

But relatives interviewed by US media said Mateen, who worked as a security officer and had a wife and young son, was not especially religious.

They did, however, describe a man who had anti-gay views, mental health problems and was physically abusive to his ex-wife.

“We were in downtown Miami, Bayside, people were playing music,” the shocked father told NBC News in the immediate aftermath of the shooting.

“And he saw two men kissing each other in front of his wife and kid and he got very angry,” Seddique said.

The father is a minor celebrity in Afghan political circles, hosting an occasional television show in which he expressed hardline views.

In the “Durand Jirga Show,” available on YouTube, he rails against the Pakistani government and announced a quixotic bid to seek the Afghan presidency.

“We are in shock like the whole country,” Seddique added. “This had nothing to do with religion.”

Mateen’s ex-wife said he was violent and mentally unstable — but not a religious extremist.

“A few months after we were married I saw his instability, and I saw that he was bipolar and he would get mad out of nowhere,” Sitora Yusufiy told reporters outside her home in Boulder, Colorado.

“After a few months he started abusing me physically … not allowing me to speak to my family, keeping me hostage from them.”

Yusufiy, who met Mateen online and married him in 2009, said he was a practicing Muslim but showed no signs of radicalization.

“There was no sign of any of this at all,” she said.

She noted that Mateen was “mentally unstable and mentally ill” and had a history of steroid use.

Steroids can cause mental problems including paranoia and delusional thoughts.

When they split, “my family literally rescued me… they had to pull me out of his arms and find an emergency flight.”