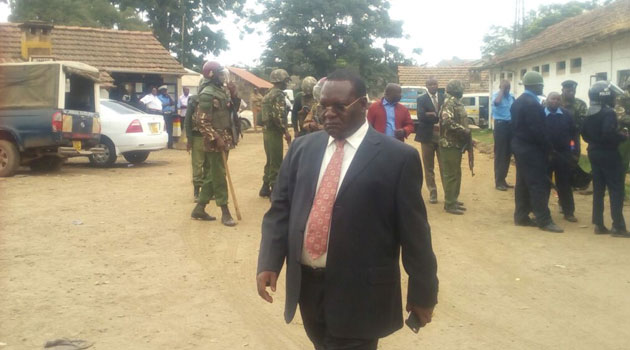 NAIROBI, Kenya, Jun 15 – Lawmakers who were detained after facing hate speech charges will remain behind bars after the High Court rejected pleas to release them on bail.

The ruling was issued after five CORD lawmakers filed an urgent application in the High Court for release on bail.

Justice Joseph Onguto who heard submissions from defence lawyers led by James Orengo dismissed it without giving reasons, saying he would outline the basis for turning down the petition on Thursday.

Prosecuting Counsel Dr Leonard Maingi urged the court to dismiss the application arguing that “to seek orders of release on bail while the Chief Magistrate’s order is still subsisting is an abuse of the court process and unprocedural.”

The prosecutor told the court that in ordering pre-detention, Nairobi Chief Magistrate Daniel Ogembo had considered public interest and safety.

Regarding complaints by petitioners that they have been denied access to counsel, family and food, the prosecutor promised to liaise with the respective police stations to ensure access.

In their application, the CORD lawmakers had argued there were insufficient grounds to keep them behind bars.

Jumwa and Mutua further said they are mothers with young children, and had not even been allowed to change clothes since they were detained on Tuesday night.

They claimed they had been denied access to water, food, their lawyers, spouses and relatives.

The lawmakers said the magistrate who detained them misapplied and improperly invoked the Constitution on the question as to whether there existed sufficient grounds to detain them pending investigations.

The MPs were ordered to be held until June 17 when they are due back in court.

There were no reports of the Jubilee MPs seeking release on bail.