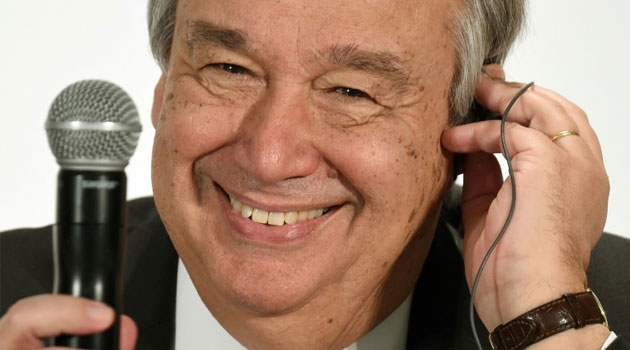 Antonio Guterres, 66, just finished his term as the UN High Commissioner for Refugees in December, a post he had held since 2005
© AFP/File

UN chief Ban Ki-moon’s second five-year term expires at the end of the year and some candidatures have already been announced including those of UNESCO chief Irina Bokova — endorsed by her native Bulgaria — as well as former Slovenian president Danilo Turk.

“The government will present the candidacy of Antonio Guterres,” Costa told the Publico newspaper.

Guterres, 66, just finished his term as the UN High Commissioner for Refugees in December, a post he had held since 2005.

He served as Portuguese prime minister from 1995 to 2002 and is known for capacity for dialogue. Guterres is a Socialist and pro-European.

Before stepping down as UN refugee chief last year, he repeatedly sounded alarm bells on the burgeoning migrant crisis saying humanitarian agencies were now at a “breaking point” due to the enormous numbers.

“In the last few years, we have seen a staggering escalation of displacement caused both by conflict and by natural hazards,” Guterres said in December.

Conflicts and serious crises are raging in 27 countries, and six of them — the Central African Republic, Burundi, Nigeria, South Sudan, Syria and Yemen — have spilled over to surrounding regions, bringing the total number of countries currently in peril to a staggering 37, the UN said last month.

The conflicts have forced more than 60 million people to flee their homes worldwide, with those escaping violence in Syria, Iraq and Afghanistan especially sparking Europe’s biggest migration crisis since World War II.