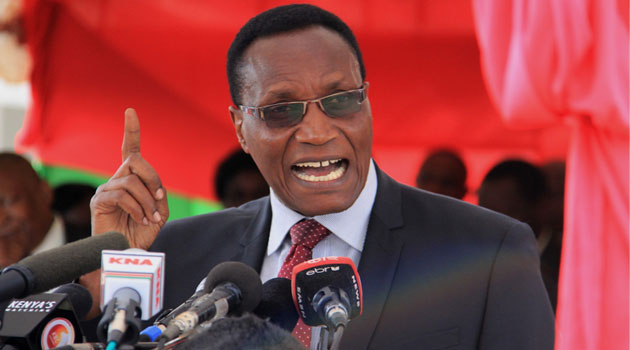 NAIROBI, Kenya, Sept 1- Education Cabinet Secretary Jacob Kaimenyi has emphasised the need for dialogue to end the teachers’ salary impasse which has disrupted resumption of learning in schools for the third term.

Kaimenyi is now urging teachers to ignore their union officials and go back to school as the government engages them in talks to resolve the matter.

“Dialogue opens doors for understanding, for bridging the gaps that exist in terms of differences. So I want to encourage the unions to give dialogue a chance to talk to their employer TSC. If your employer invites you to dialogue and you do not go, then we are not promoting the spirit of dialogue,” he stated during the opening ceremony of the Nilo-Saharan colloquium at the Nairobi Safari Club.

Kaimenyi’s statement came even as the Kenya National Union of Teachers (KNUT) is set to issue further instructions Wednesday to teachers who have kept off classrooms for the second day.

“I also want to urge parents to take their children to school tomorrow because for all intents and purposes, schools are open and the government has in the past and will now provide sufficient security to ensure that the children are safe and that the schools are also safe,” he said.

The Trade Unions Congress of Kenya (TUC-K) has however rejected calls for dialogue and expressed support for the teachers’ strike.

Speaking during a press conference, General Secretary Charles Mukhwaya pointed out that teachers should not relent in their demands since they had already held enough talks before the courts made a ruling.

He described calls for dialogue as a delay tactic by the Teachers Service Commission and stated that no amount of persuasion will convince teachers to go back to school without their pay.

He called on parents to avoid taking their children to school and instead wait for word from the teachers’ unions on when to resume school.

Schools remained deserted on day two of the teachers’ strike, with union officials vowing to push on until the government meets their demands.

A spot-check by Capital FM News ascertained that teachers did not turn up in most public schools countrywide with learning being paralysed during the most crucial period of the academic calendar when final exams are done.

“I subscribe to KNUT since I started teaching and we are in solidarity because the union has spoken. The strike was started yesterday and even all the children have including my own never went to school yesterday. This means that this is not a teachers’ strike. This is a strike for the whole nations for children and teachers are saying that this time round, they have exploited all the avenues and this money must be given to them,” Joshua Ogalo, a teacher in Kisumu stated.

Ogalo said that they will not back off until the government implements the 50-60 percent pay increment awarded to the teachers.