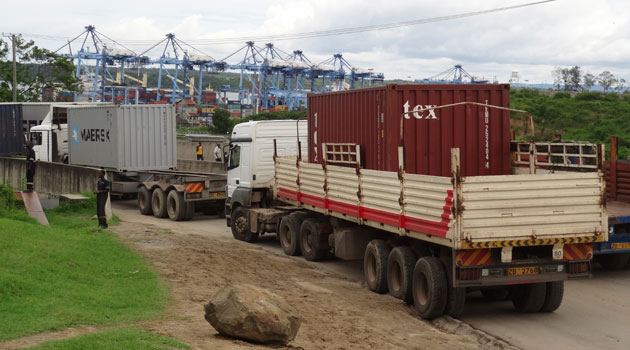 In a paid up advert in the local dailies, Managing Director Gichiri Ndua described the strike that entered the third day Friday as illegal and said it has inconvenienced traders at the port.

He stated that KPA is seeking to fill several vacancies in critical port operation areas to ensure continuity.

“Some employees of KPA have been participating in a strike called by Trade Unions Congress (TUC) from July 1st 2015. This illegal strike has disrupted port operations thus inconveniencing port customers and stakeholders in Kenya and the region. This is despite numerous circulars urging them to resume duties,” he said.

“KPA management wishes to fill several vacancies in critical port operational areas to ensure that the port continues to operate normally. The authority is therefore inviting all qualified Kenyans to report at KPA Bandari College, Mombasa on Saturday 4th July 2015 at 0800hrs with their academic and professional certificates ready to undertake oral and practical interviews.”

He further pointed out that management staff have been deployed to ensure essential services are delivered.

“KPA wishes to assure its customers that management staff have been deployed to ensure essential services are delivered while full port operations will resume by Monday 6th July 2015,” he indicated.

On Thursday, less than 30 people turned up for a planned protest in Nairobi and waited for more than three hours at the TUC-K headquarters before the deputy General Secretary Charles Mukhwaya addressed journalists claiming the strike was successful.

The Dock Workers Union was the first to make good the strike threat and paralysed operations at the Port of Mombasa since Wednesday.

Public school teachers, university lecturers and non-teaching staff as well as other civil servants affiliated with TUC Kenya were called upon by their union leaders to stand in solidarity with the dock workers and commence protesting the new NHIF rates.

The unions said they would only call off their general strike when the NHIF board revoked the rates it gazetted in February and implemented in April; reinstating the previous Sh320 deduction.

They also demanded a refund of any and all amounts above that, already deducted from their members in the months of April, May and June.

The congress said they would also need to see a significant improvement in public health before again considering paying more in NHIF contributions.