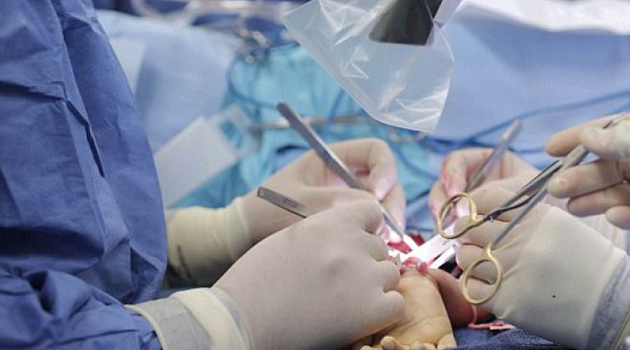 NEW YORK, Jul 29 – An eight-year-old American has become the world’s youngest recipient of a transplant of both hands, Children’s Hospital of Philadelphia announced Tuesday.

Surgeons operated for 10 hours to carry out the incredibly complicated surgery on Baltimore native Zion Harvey.

He previously had both his hands and feet amputated and had a kidney transplant following a major infection.

The smiling, precocious youngster had learned to eat, write and even play video games without hands.

Now he says he is looking forward to being able to throw a football with his own hands.

It took a team of 40 doctors, nurses and other staff from plastic and reconstructive surgery, orthopedic surgery, anesthesiology and radiology, to pull off the pioneering surgery.

“Zion’s kidney transplant following his infection made him a candidate for transplant because he was already taking anti-rejection medication,” said Benjamin Chang, co-director of CHOP’s Hand Transplantation Program.

Harvey is receiving daily anti-rejection medications. Doctors said he should be able to return home to Baltimore in a few weeks.

“This surgery was the result of years of training, followed by months of planning and preparation by a remarkable team,” said L Scott Levin.

“The success of Penn’s first bilateral hand transplant on an adult, performed in 2011, gave us a foundation to adapt the intricate techniques and coordinated plans required to perform this type of complex procedure on a child.”

The first bilateral hand and forearm transplant surgery was done in January 2000 in Lyon, France.