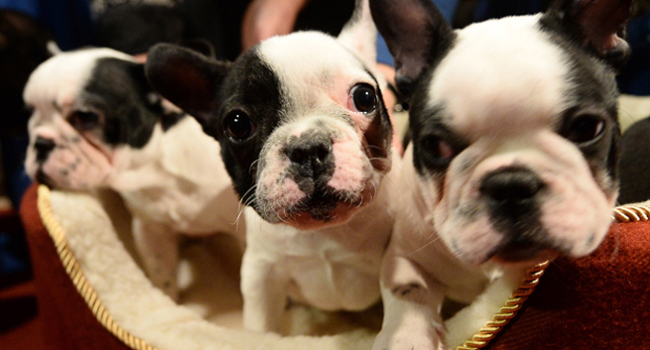 Three puppies put up for sale/AFP

SPAIN, Jun 24 – Spanish police said Tuesday they have arrested a Venezuelan vet wanted by the United States for allegedly surgically implanting bags of liquid heroin inside puppies to smuggle the drugs into America.

Police arrested Andres Lopez Elorza on Saturday in the town of Santa Comba in Spain’s northwestern region of Galicia, where he had been hiding since a Spanish court last month approved his extradition to the United States, police said in a statement.

“This person, a veterinarian and member of a drug trafficking organisation, transported heroin from Colombia to the United States in implants which he placed inside puppies which he sent as pets,” police said in a statement.

Lopez, who is married with two children, was first detained on an international arrest warrant in December 2013 in Lugo in Galicia but was released while his extradition was being considered.

He had been on the run since Colombian police in 2005 raided a clinic he ran in Medellin and found three kilos (6.6 pounds) of heroin implanted inside three puppies which were due to be flown to the United States once their surgical scars had healed.

After the Colombian raid, the United States called on police forces worldwide to detain the vet on suspicion of drug smuggling.

Spanish police said Lopez had remained inside the apartment in Santa Comba since the court ordered his extradition and had no contact with his wife and children to try to escape arrest.