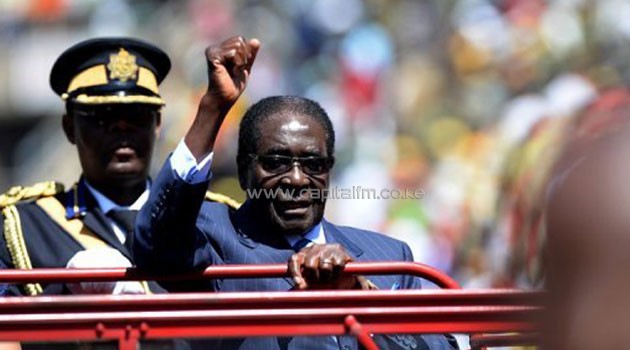 HARARE, Zimbabwe, Jan 30 – The new chairman of the African Union, Zimbabwe President Robert Mugabe, is the continent’s oldest leader — and one of its most controversial post-colonial figures.

He initially won favour in Western capitals when he preached racial and national reconciliation after taking power in 1980 in the wake of a brutal guerrilla war against white-minority rule.

To most of Africa, he was an anti-colonial hero.

From crushing political dissent to ushering in disastrous land reforms that saw the economy crumble, many accuse Mugabe of turning the regional breadbasket into a basket case.

Despite this, Mugabe — who turns 91 next month — remains admired in much of Africa and was already serving as the chairman of the regional Southern African Development Community.

Aditi Lalbahadur, analyst at South African Institute of International Affairs, described Mugabe’s appointment as AU chairman as “an endorsement by the leaders of Africa”.

As for the role he might play in his new post, Harare-based independent political analyst Earnest Mudzengi said Mugabe would fare no differently from his predecessors.

“Problems affecting the continent are complex and Mugabe will only be exposed to them and no changes are expected,” Mudzengi said.

“It’s not a very encouraging sign,” sighed one African diplomat, who asked not to be identified. “The Mugabe style belongs to a past generation, the one that takes power hostage, and this is no longer the AU creed.”

Born on February 21, 1924, at Kutama Mission northwest of the capital Harare, Mugabe was raised in a Catholic family and was described as a loner and a studious child.

After his father walked out on Mugabe’s mother and siblings when he was 10, the young Robert Mugabe concentrated ever harder on his studies, and qualified as a schoolteacher at the age of 17.

As a member of various nationalist parties that were banned by the white-minority government, Mugabe was detained in 1964 and spent the next 10 years in prison camps or jail.

He used his incarceration to gain three degrees through correspondence courses, but the years in prison left their mark.

Released from jail in 1974 he became leader of the Zimbabwe African National Union (ZANU) and left for neighbouring Mozambique to wage a guerrilla war against Ian Smith’s white-minority Rhodesian government.

Economic sanctions and war forced Smith to negotiate, after which ZANU came to power in 1980 elections.

Britain, the former colonial power, made him an honorary knight as he swapped his Maoist outfits for Saville Row suits, showing a love for cricket and shopping at Harrods in London.

But while Mugabe’s initial period in office was based on public reconciliation, he soon showed that his velvet glove hid an iron fist.

He put down a revolt among the minority Ndebele people with his North Korean-trained Fifth Brigade in a campaign that killed an estimated 20,000 suspected “dissidents” between 1982 and 1986.

In 2000 he launched controversial land reforms, driving out white farmers and seizing their land in often violent rampages by his supporters.

In the following years Mugabe was accused of increasing human rights abuses and the violent rigging of elections.

Britain withdrew his honorary knighthood and the US and Europe imposed sanctions against him and his close associates.

Barred from visiting Europe, he turned on the West with a vengeance, using blistering rhetoric to blame Zimbabwe’s downward spiral on Western sanctions.

He has told his critics to “go hang” and has vowed to forge ahead with his drive to empower blacks by forcing foreign-owned companies to cede their majority shares to locals.

After the death of his first wife in 1992, he married his personal secretary Grace Marufu, 41 years his junior. They have two sons and a daughter.

He has shown no sign of planning to retire — once boasting that he will rule until he is 100 — and when squabbling erupted within his party over his succession last year he cracked down in his usual ruthless manner.

He purged one faction and saw his wife Grace promoted to a senior party position — raising speculation that he is grooming her to take over after his retirement or death.