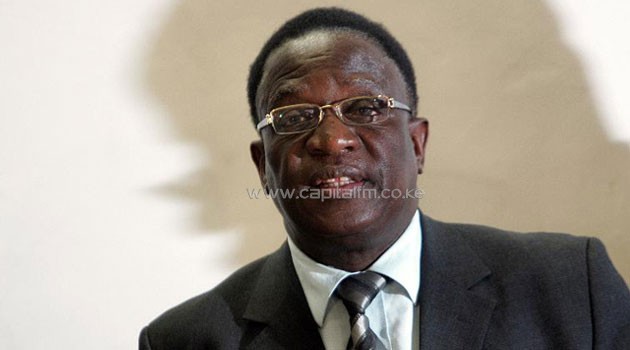 The move comes after months of political upheaval in Zimbabwe over the succession to 90-year-old Mugabe when he dies or steps down.

“The president is expected back in Zimbabwe in mid-January. In his absence Vice President Emmerson Dambudzo Mnangagwa is the acting president.”

Mnangagwa, a long-time ally of Mugabe who doubles as Zimbabwe’s Justice Minister, was sworn in as vice-president last Friday, putting him firmly in line to succeed the veteran ruler. READ: Mugabe’s vice president, ministers fired in Zimbabwe purge.

Mnangagwa replaced former vice-president and presidential hopeful Joice Mujuru, who was accused of plotting to topple Mugabe in a sustained campaign of attacks by Mugabe’s wife Grace.

Nicknamed “Ngwena” (The Crocodile) and renowned for his stern demeanour and tough talk, Mnangagwa has held various senior posts in the country’s defence and internal security apparatus.

He played a critical role in Mugabe’s crackdown against opposition supporters that claimed thousands of lives in the 1980s, and which became internationally known as “Gukurahundi”.

Mnangagwa also helped Mugabe hold on to power during the 2008 elections, which the opposition won in the first round, but which were boycotted in the second round because of widespread intimidation and violence.