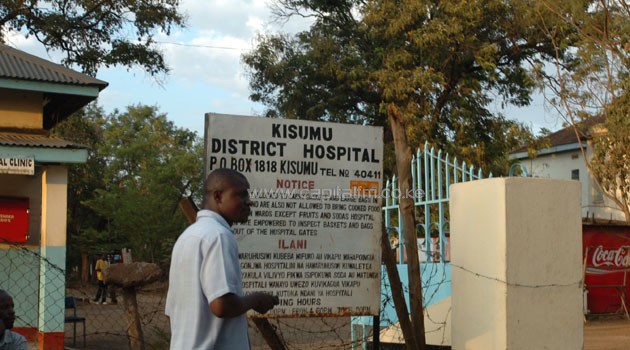 The county director of health Dr Ojwang Lusi said the county recorded 34 deaths during birth in the last one year, a situation he said must be reversed/FILE

KISUMU, Kenya, Aug 20 – Health officials in Kisumu County have expressed concern at the increasing cases of maternal deaths being recorded in the county despite government interventions.

The county director of health Dr Ojwang Lusi said the county recorded 34 deaths during birth in the last one year, a situation he said must be reversed.

The main causes of these maternal deaths, Lusi said, are premature birth and complications during childbirth that include prolonged labour and infection.

He said chances of a woman dying in pregnancy or while giving birth in the Western Kenya region is still high occasioned by a number of factors.

“These deaths occur mainly as a result of lack of knowledge among women who appear in hospitals at the last time to deliver after running into complications,” he said.

He explained that it has not been easy to record deaths in the rural areas where most mothers prefer traditional birth attendants.

Lusi noted that the central government under the Jubilee administration is supporting facilities that conduct deliveries by paying Sh2,500 for deliveries that occur in dispensaries and Sh5,000 for higher health facilities.

“Mothers are not taking advantage of this offer from the central government. Most pregnant mothers have socio cultural issues that hinder them from seeking pre-natal and post-natal care in the hospitals,” he said.

Kisumu Medical and Education Trust (KMET) Chief Executive Officer Monica Ogutu says there is need to enhance advocacy in the county to create awareness among women on the need to give birth in health facilities.
“Everybody should take up a role to play to save our mothers from dying at birth just as we have fought the HIV/Aids scourge in this region,” she said.

Ogutu said prevention of such deaths should not be shouldered by doctors alone but should be a responsibility at the community level and policy makers.

Lusi added that the county government is saddened with the 34 deaths and already his office has instructed all sub counties to do an audit of the deaths to see what was not done that needed to be done.

“We don’t take this lightly; I have a file of every maternal death in the county and we must take stock to critically examine how these deaths occurred, were they preventable or not,” he told Capital FM News.

Besides that he announced that the county government has rolled out a plan to equip dispensaries and health centres with a maternity unit to save pregnant women from travelling long distance to the hospital.