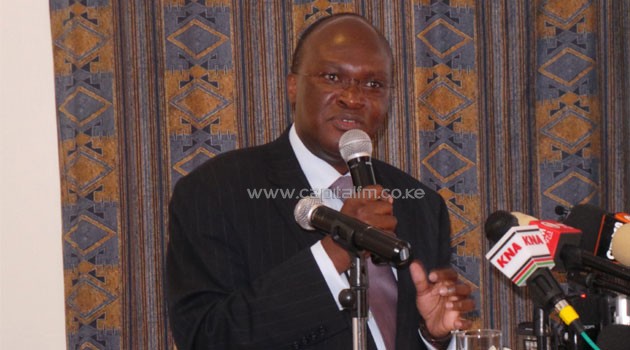 The tobacco industry is aggressively invading the low and middle income countries in search of new markets for their addictive and deadly products – Macharia.

NAIROBI, Kenya, May 30 – Health Cabinet Secretary James Macharia has proposed an annual 10 percent tax increment on tobacco products for the next five years as a measure to deter smoking.

“Tobacco products are cheap in many countries especially those in low and middle incomes; this scenario has seen the tobacco epidemic increase in low resource settings which are already grappling with communicable diseases.”

“The tobacco industry is aggressively invading the low and middle income countries in search of new markets for their addictive and deadly products. Tax and price policies are widely recognised as some of the most influential ways to reduce the habit.”

The ministry will also increase funds for the Tobacco Control Board to fully implement the boards’ mandate.

WHO Representative to Kenya, Custodia Mandlhate reiterates that this is one of the most effective means of influencing the demand and thus the consumption of tobacco products will reduce.

She says revenue generated should be allocated to the Ministry of Health to help achieve its mandate of promoting effective health services in the country.

“Raising tobacco tax has been proven to have positive impacts in lowering the consumption and therefore reducing the mortality and disability resulting in tobacco consumption. Higher tobacco taxes lead to fewer smokers, less deaths and healthier communities.”

“An additional benefit of greater revenues through tobacco taxes is the possibility of generating an additional pool of funding for health, a practice that is recommended by the WHO and already being adopted with increasing frequency by several countries around the globe.”