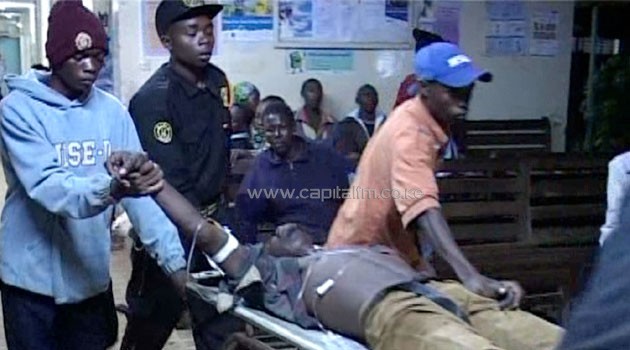 More than 80 people have died after consuming the toxic brew in various parts of the country. Photo/FILE.

NAIROBI, Kenya May 10 – Five more people have died in Naivasha after consuming the toxic brew that killed over 80 people in Embu, Makueni, Kiambu, Kitui and Muran’ga.

According to police, ten others were still admitted to hospital with various complications on Saturday—including visual impairment after consuming the lethal brew.

The deaths occurred even as the government announced tough new measures to stem the manufacture, sale and consumption of the illicit brew which was found to be laced with high concentration of Methanol.

Interior Cabinet Secretary Joseph Ole Lenku on Thursday warned that anyone found to have manufactured the liquor in the affected areas will face murder charges.

“Severe disciplinary action will be taken against officers in charge of Kenya Police and Administration Police in these areas,” he said after interdicting 52 government officials, including administrators and police officers, as well as 2 chief executive officers of two state agencies accused of laxity.

The government has warned the public against consuming alcoholic drinks whose origin is questionable.
“Kenyans are particularly advised to avoid taking alcoholic drinks packaged in sachets, plastic bottles and jerry cans because such drinks are easily adulterated,” Lenku warned.

He directed the National Authority for the Campaign against Alcohol and Drug Abuse (NACADA) to ensure regulation of molasses used as animal feed, surgical spirits and industrial alcohol.

“Ensure that molasses sold for livestock is salted so that it is not diverted for use in fermenting illicit brews. Surgical spirit and similar industrial alcohol are colour-coded and sealed,” he directed.

Lenku said investigations had shown that some of the toxic brew contained up to 100 per cent methanol.
The government has warned that anyone found to have manufactured the liquor in the affected areas will face murder charges.