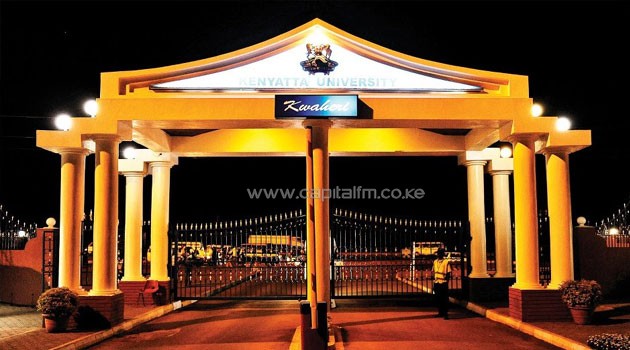 NAIROBI, Kenya, May 20 – Kenyatta University has denied that it has hiked fees, and urged its students not join their striking colleagues.

A statement issued by the institution’s Deputy Vice Chancellor Professor John Okumu said claims that they had increased fees should be treated as mere speculation.

“The university has noted with concern the anxiety caused among students by an alleged fee increment in public universities. We would like to clarify that we have not received any communication from the Ministry of Education, Science and Technology on such a planned increase of fees,” he stated.

There have been reports on social media that the public university is among those that have increase fees, causing anxiety amongst students and Okumu described such allegations as false and urged the students to ignore them. “Your are advised to disregard any other information or communication on this matter coming from social or other media not authorised by the university.”

He explained that for there to be a fee increment, thorough consultations need to take place before any decision is made.

“To the best of our knowledge, no public university has received such communication. And increment in public university fees cannot be affected without input from stakeholders. Consultations with relevant government offices show that no such fee increment has been decided upon,” he stated.

“In light of the above, the matter should be treated as mere speculation. Consequently, we urge our students to remain calm as they go about their normal study schedules and give a chance for further consultations to take place on the issue.”

“The Government would like to allay the fears of stakeholders, and particularly university students about the purported increase,” Kaimenyi noted.

In a statement, the Education Secretary stated that any increase must be initiated by University Councils, after a consultative process before it is endorsed by the Education Ministry.

According to Kaimenyi, the Universities Act, 2012 provides for setting up of the Universities Funding Board which would determining the maximum differentiated unit cost for the academic programmes offered in public universities.

“No such process has been started to this effect,” he noted.

During Tuesday’s strike, over 100 students were arrested as police stormed the University of Nairobi’s main campus while lobbing tear gas canisters.

The police broke down doors of classrooms and in some instances beat up the students as they sought to quell the mass action which had turned into a cat and mouse game.

University of Nairobi Students organization Chairman Babu Owino demanded that those arrested be released as the police had no right to arrest them as they were holding peaceful demonstrations that police did not need to disrupt.

“We demand that our comrades who have been arrested to be released unconditionally. We also demand that the Inspector General of Police must resign because he does not know what the constitution says. Peaceful demonstrations are allowed everywhere,” he stated.

Owino called for peace from fellow students saying that they are re-grouping to come up with a new strategy to make their grievances known.