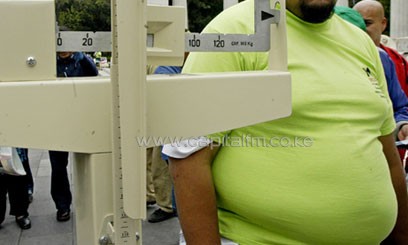 WELLINGTON, Jul 27 – An obese South African man has been told he is too fat to live in New Zealand despite shedding 30 kilograms since he moved to the country six years ago, a report said on Saturday.

Albert Buitenhuis – who now weighs 130 kilograms (286 pounds) – and his wife, Marthie, said they face deportation after an application to renew their work visas was rejected because of his weight.

Immigration New Zealand (INZ) cited the demands his obesity could place on New Zealand health services and said their medical assessors deemed Albert no longer “had an acceptable standard of health”.

The couple said they moved from South Africa to the main South Island city of Christchurch six years ago when Albert weighed 160 kilograms and their annual work visas were renewed without any problem.

“We applied for year after year and there were no issues. They never mentioned Albert’s weight or his health once and he was a lot heavier then,” Marthie told The Press newspaper.

“The irony is that at the moment he weighs less than when we first arrived in New Zealand and also less than in his first medical, which was accepted by INZ.”

An INZ spokesman said Buitenhuis was rejected because his obesity put him at “significant risk” of complications including diabetes, hypertension, heart disease and obstructive sleep apnoea.

“It is important that all migrants have an acceptable standard of health to minimise costs and demands on New Zealand’s health services,” he said.

A recent OECD report listed New Zealand as the third most obese developed nation behind the United States and Mexico.