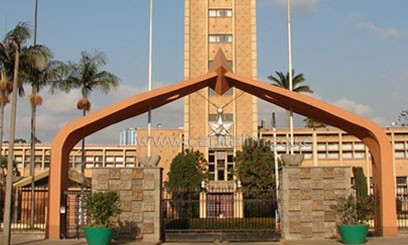 NAIROBI, Kenya, May 22 – Ugunja MP James Wandayi has filed a Motion seeking the formation of a House Select Committee to probe why successive governments have continued making payments emerging from claims arising from the Goldenberg and related scandals.

Wandayi gave notice of his Motion where he says he is concerned that Kenyan taxpayers have so far lost Sh5.8 billion through the saga which almost brought the country’s economy to its knees through false compensation claims on fictitious exports of gold.

“It is like a merry-go-round, where we are seeing a pattern of impunity. We saw the Moi government paying into it, then the Kibaki (one) followed suit and now the Kenyatta regime is being forced to pay,” he stated.

He said the committee will look into why the recommendations of the Bosire-led judicial Commission of Inquiry into the Goldenberg scandal have not been acted upon.

“I beg that this House urges the government to put in place measures to ensure that no further irregular payments are effected in regard to such schemes to avoid further loss of public funds,” Wandayi said.

“I will be making explosive revelations on the floor of the House about how the scheme was hatched by those I can only call politically protected individuals. Because this does not only touch on the Goldenberg saga but also all its other appendages.”

The Motion comes barely weeks after revelations that Goldenberg architect Kamlesh Pattni could be paid even more billions from taxpayers’ funds.

This time the payment is in relation to a dispute over a company whose contract to run duty-free shops in Kenya was declared invalid by an international tribunal because it was awarded through corruption and bribery.

Retired Ghanaian judge Edward Torgbor ordered the Kenya Airports Authority to pay the Kenya Duty Free (KDF) complex associated with Pattni the amount as part of a long running battle with the parastatal.

Justice Torgbor ruled in favour of World Duty Free (WDF) on December 5, 2012 and gave Kenya Airports Authority (KAA) two months to pay Pattni Sh4.2 billion in full. He also allowed the controversial businessman to charge interest at court rates from the date of the first default on the outstanding amount.

The arbitrator found the concessions granted to third parties were in breach of a 1989 agreement and another dated January 29, 2003 which gave WDF exclusive rights to the duty-free shops. The retired judge dismissed KAA’s argument that the contract entered in 1989 was secured through bribery and therefore should not be subject of arbitration under the laws of Kenya.