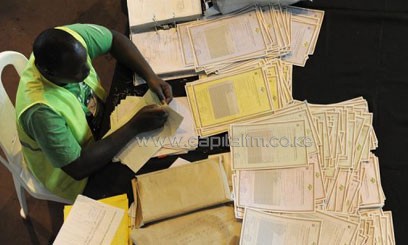 Speaking to Capital FM News, the mission’s press officer Peter Visnovitz said nine out of an initial 65 observers will remain in the country until the petitions are heard and ruled on. “To observe this important phase, EU election observers will stay in Kenya until the Supreme Court delivers its rulings.”

The mission says it is necessary for it to retain a contingent in the country once petitions were filed to observe if the hearings will be conducted transparently and dealt with expeditiously.

This, a statement from the mission says, are hallmarks of a free and fair electoral process and indicative of democratic systems of government.

“Impartial and expeditious handling of petitions, in a peaceful atmosphere, is an important part of every democratic electoral process.”

In its preliminary report two days after the general election, the mission’s Chief Observer Alojz Peterle, a former Prime Minister of Slovenia, commended Kenyans for exercising patience on long queues and as they waited for results, “Kenya can be credited with demonstrating a strong commitment to democratic elections.”

While their initial report was mostly positive, Peterle added that the tallying process, the manner in which the results were announced and the handling of the petitions filed will be taken into consideration when compiling their final report.

“The phases ahead of the IEBC and Kenya are as much defining parts of the process as Election Day. The overall credibility and transparency of the general elections can be assessed after the tallying, the announcement of the results and any possible petitions are dealt with.”

The EU EOM’s final report will be presented in May by Peterle on his return to Kenya.