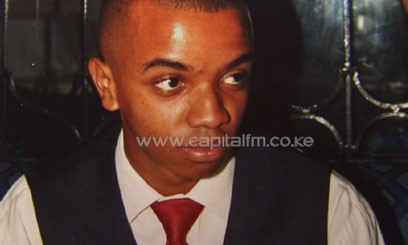 NAIROBI, Kenya, Jan 3 – An autopsy now shows that a son to Solicitor General Wanjuki Muchemi who was found dead at their family home, may have been killed.

The post-mortem shows that Muchemi Wanjuki Muchemi had a cracked skull which may have been caused by a blunt object that led to his death.

Speaking to reporters at their home in Loresho, an uncle to the deceased revealed the body also had wounds on his hands, indicating that he may have tried to defend himself during an attack.

“It looked as if blood was coming from a ruptured skull because there was a huge crack on the right side and on the left. The police and even the pathologist thought the late Muchemi junior may have been assaulted. Where, by whom, what time and all… nobody can know,” Cyrus Wambugu Muchemi told reporters on Thursday.

He disclosed that the body of Muchemi Jr, 31, a law student at a university in the United Kingdom was found in his father’s house on Monday morning.

“When we reached here, we found that the house was actually locked but Muchemi was inside. We gained access through the window by cutting the grill and that is the time we found Muchemi seated on the sofa like he was relaxing. However, what we could detect was that he had bled a lot,” he stated.

He explained that a guard at the compound told police he had failed to see Muchemi Jr for more than a day and called the Solicitor General and informed him his son was missing.

“They collected samples of the soiled clothes and blood, took photographs and off they went. The next thing was now to transfer the body to the Lee funeral home on instructions from the father and that I did and I accompanied the body to the morgue where it was preserved.”

He was the only son of the Muchemis and has two sisters.

His father and mother were away in Rwanda for holiday but were informed and arrived on Monday evening.