Travel has through the last century evolved in all its various aspects; from transport and transfers to booking and boarding and actual hotel architectural design. For instance, the 1900s saw the grand caravans and horse tram give way to locomotives and ocean liners. That was before travelers discovered the luxury of flying. Back then, in-flight dining was a splendid feast, and flying was reserved for the elite class and royal citizens. Fast forward to the 21st Century, and flying has become one of the most common ways of international, regional and even in-bound travel. Sea vessels have shrank to accommodate pairs on mini-explorations, while bookings have broken traditional barriers to echo the popular ‘global village’ adage. By the look of things, the industry’s evolution is not about to halt. Sample a few new possibles listed by Jovago.com that will give a whole new meaning to travel and technology.

Virtual booking and Check in Smartphones may have single-handedly changed the way we run business; from the point of sale to the boardroom. The travel sector has not been left behind either, with much success gained in the booking and reservation section as well as reviews and in-room entertainment. However, the future holds some interesting possibilities, maybe developers will adapt Apple’s voice assistant to take their guests through the booking process, or will probably go a notch high and install in-built chips for such processes. Whichever mode they settle for, we cannot rule out this possibility – sooner than later.

More apps on your smartphone We all agree the smartphone is one expandable resource that has effortlessly managed to twin both versatility and functionality. Owing to the fact that no one no longer wants to leave their hotel rooms or deal with small inconveniences such as getting off the bed to switch off the fan or pull back the blinds, hotels will cater to this vanity by developing apps that can launch these actions off your smartphone screens as opposed to dialing the extension. Cinderella’s invention will no longer be used to find us the fairest on the land, but will evolve and grow up to adapt other functions on top of reflection. The concept may sound far-fetched, but it’s certainly under the works. With this, you’ll probably be able to keep up with weather forecasts, scroll city maps and even do your algebra on the mirror surface. How inventive! Fancy a trip to Mars? This is no longer a far-fetched, wishful thinking tale. If anything, if you do not make it to the orbital space, you can spend your (huge) amounts on a ‘few minutes’ of weightless existence 50 kilometers above the earth surface – the traditional definitive of space. As reported by the Observer, about 700 space tourists are on the waiting list for that undoubtedly coveted view of Mother Earth from the galaxy. You may consider Richard Branson’s Virgin Galactic for your endeavors, a spin off from the airline Virgin Atlantic who also owns the Kenyan Mara luxury camp, Mahali Mzuri. 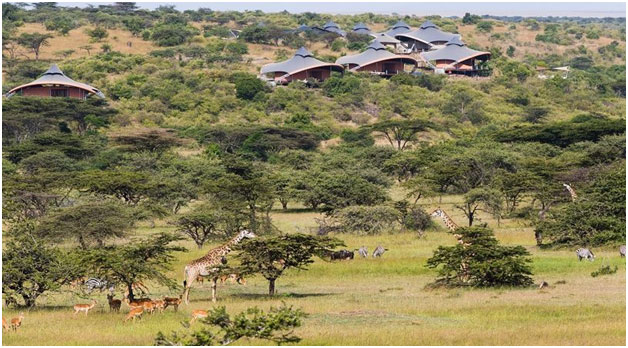 A search for most instamagrammable spots across the world reveals that hotels are not about to miss on the growing selfie craze; and are therefore incorporating this into their architectural design. The hotel of the future cannot ignore the fast moving worldwide web and may now start creating lounges and spaces that cater to the guest’s camera captured moments. The legal sector did it when the American Law Firm Baker & Hostetler hired “Ross”, tagged as the world’s first artificially intelligent lawyer. Aloft Hotels did their bit with A.L.O, the first robotic hotels; and probably have paved way for more. It therefore won’t be unusual to make orders via your smartphone, have the housekeeper call in the new guys, key in a few buttons on instruction; and get a miniature Mr. R.I.N.G walk in with a pile of creature comforts.