There are two sentences that do more damage to women than any other in the English language.

First is the notorious, “He can change!”  Those three small words have been sending chills up spines worldwide for centuries.

Second is the equally infamous, “I can change him!”  That is a four word sentence that has been driving divisions into the sanity of families for as long as people have been getting their freak on (a very long time indeed).

Why Those Sentences Suck

There’s reasoning behind the cringing at those two phrases.  In a nutshell, it’s the simple fact that men don’t change for the better, and their bad behavior now is just a gateway for trailer parks, alcohol induced family brawls and part time drug addiction.  That is the cold hard truth; stupid and mean people get more stupid and mean over time.

For men, this is extrapolated as we have a tendency to have a more extreme capacity for all things dumb, insensitive or downright malicious.  As years go by and he’s still in his dead end job that he got as a favor and all the mistakes keep piling onto his conscious, all that bitterness is going to be taken out on somebody’s head (another free hint, it isn’t his own).

How to Avoid Some Real Soul Crushing Stuff

Guess what?  The girlfriends that have been buzzing in your ear about how much of a tool he is aren’t jealous, they are concerned!  This is a feeling that you probably should have had a while back, the first time he threw a mango at the TV over a lack of Law and Order re-runs (the second time should have been a dead giveaway).

Way too often women don’t listen to themselves when they sense something wrong in a relationship; instead they blaze a trail into the unknown, satisfied that they will now have their very own cross to bear.  It’s time to get over such behavior and make any changes on your own.  If you’re dead set on becoming Mrs. Useless Tool, have fun for the next seventeen years before you find texts on his phone from an ugly hooker.

The reality is this, when it’s early in a relationship and you’re wondering why the guy you’re seeing is such a jerk to you constantly, it doesn’t get better, only exponentially worse.  Get out while you still can! 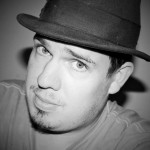 Alex Roberts is a journalist, all out writing addict and part time party-goer.  He’s been running up and down Nairobi for years getting a taste for just about anything in this town and keeps strangely finding new things about it.

My email that people can harass and harangue me at is AlexRobertsNairobi@gmail.com