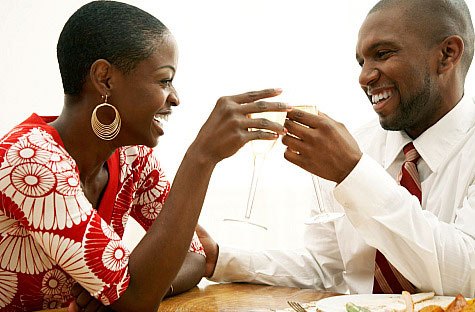 Don’t believe in sex before marriage? You just want to take it slow with this man? Playing hard to get?

Whatever the reason may be or the religious beliefs you value, you don’t want to jump into bed with the current man you’re dating. Fair enough, that’s your business and intent.

You don’t want to be understood as easy and what your actions may convey to men. As a result, you keep the men that you meet at an arm’s length. Over time, you find it more and more difficult to attract men romantically because all of them only see you as friend. Sound familiar?

According to relationship expert Matthew Hussey, there is a fundamental difference between desire and intent. Desire is expressed when you think a man is handsome or vice versa, they think you’re hot – that’s sexual tension. As Hussey explains, sexual tension can be completely flirtatious but is completely different from having the intent to go to bed with someone. Understanding that distinction is key to attracting guys without having to jump into bed if that’s not what you want because ultimately you won’t have to run away from sexual tension.

So how does one be sexy without the sex before marriage?

When a woman removes herself from any sexual tension or flirtatious behavior, men will interpret that as platonic behavior. Basically, that woman will never attract a man romantically since the men will think the woman only wants to be friends.

If you deny a man’s desire for you, which is expressed in sexual tension or flirtatious behaviour, don’t expect the said man to be interested in anything other than a platonic friendship. He’s simply reacting to the signals you’re sending out.

When you interact with men, you don’t have to change your intent. You don’t want sex, yet. But when it comes to desire, regardless of what religious values or beliefs you have, you can still engage and flirt without worrying about sending the wrong message because it depends on your intent. You have the power.

As Hussey suggests, when it comes to going on dates or meeting new men, ladies just try to have fun and be engaging, “just focus on the first 5 minutes.”