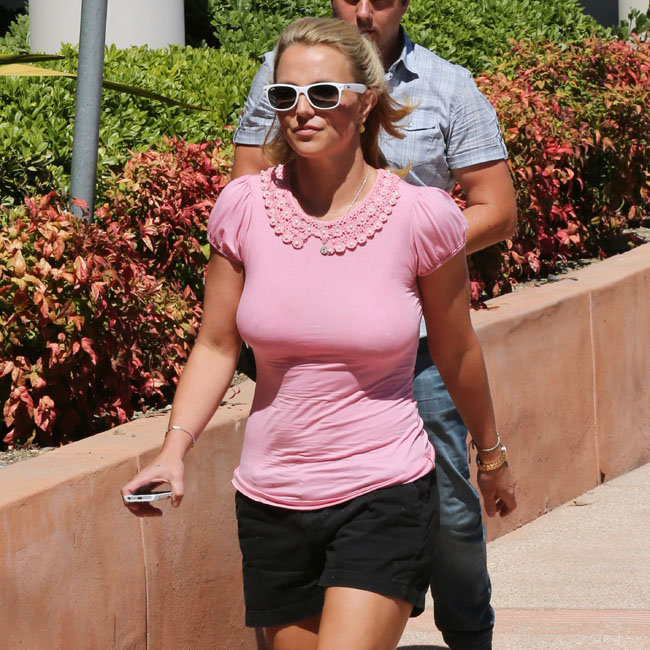 The ‘Toxic’ hitmaker has called time on her 18 month relationship after discovering a video of him cheating on her was being shopped around Hollywood.

The 32-year-old singer – who is currently performing her ‘Piece of Me’ residency at planet Hollywood in Las Vegas – is said to have been left “heartbroken” by the revelations.

A source told E! News: “She is heartbroken. She is in Vegas. But she will get through it. She’s a strong girl and he was never right for her.”

However David – who can reportedly be seen kissing and dancing with an unidentified woman in the footage – is still hoping for a reconciliation between the pair.

A source told TMZ: “David is very, very in love with Britney. This is unfortunate and he hopes that it all works out.”

Meanwhile, the pretty blonde – who has two children Sean Preston, eight, and Jayden James, seven, with her ex-husband Kevin Federline and split from former fiancé Jason Trawick In January last year – is said to have been getting “fed-up” with her father Jamie Spears controlling her finances after a judge granted him a conservatorship following her breakdown in 2008.

It is believed Britney was keen to end the legal order so she could marry her 28-year-old beau.

A source told RadarOnline.com: “She’s so sick of all the bodyguards. And she wants to be out from under her father’s thumb.

“Her relationship with David has never been stronger. She also wants the conservatorship to end so she can be free to marry him.”