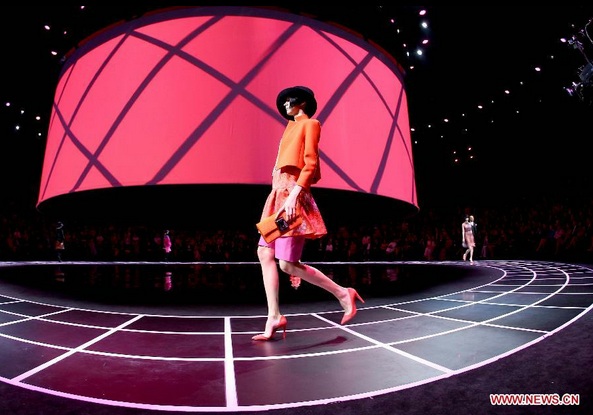 Top Italian designers Giorgio Armani and Dolce & Gabbana can no longer be on the official programme of Milan Fashion Week because they are not due-paying members of the national fashion chamber, the head of the association said Monday.

“If they want to organise fashion shows they can do so on their own,” Mario Boselli, head of the National Chamber of Italian Fashion, told AFP.

“They will not be on the programme,” he said.

Following a re-organisation of the association this year, membership fees have been increased and major names such as Prada have joined the board to have a more direct role in the commerce chamber.

Armani and Dolce & Gabbana, which were not members before, have continued to hold out and will therefore no longer be listed for Fashion Week starting with the men’s collections next month.

“We want an association that represents all of Italian fashion,” Boselli said.

“It’s clear that Armani is first-rate and it would be important to have him in the chamber,” he said, adding that he was hopeful Armani would join.

The 78-year-old Armani issued a statement last week saying he would only join the association if fashion houses such as Prada, Valentino and Moschino, stopped showing their collections in other countries and returned to Italy.

“This is understandable but we can’t expect people to return after years away,” Boselli said.