Kenyan musicians matched up to the electric energy at the MTV Africa All Stars Tour in Nairobi last week to turn up the heat with dazzling performances.

After a late start, Sony Africa signing Xtatic hit up the crowd with three of her club bangers including ‘Hit Em Up’, where fellow emcee Kaligraph Jones took South African rapper AKA’s place to help her perform.

The stage was small and intimate, but there was space enough for fans to peer on from every side and Xtatic made her presence felt.

She was only first among the impressive Kenyan line up, which included P-Unit, Camp Mulla, Madtraxx, Kanja and Norway-based Stella Mwangi.

With two exclusive VIP areas where all the stars mingled and danced without hindrance, the Tree House not only barred underage revellers from accessing the venue, but they also had to shut the gates when the party got too full.

The tour, which had guest artists Big Nuz and Dj Tira from South Africa, is part of an ongoing 3-year collaboration between  MTV Base and KwaZulu-Natal (KZN) province. 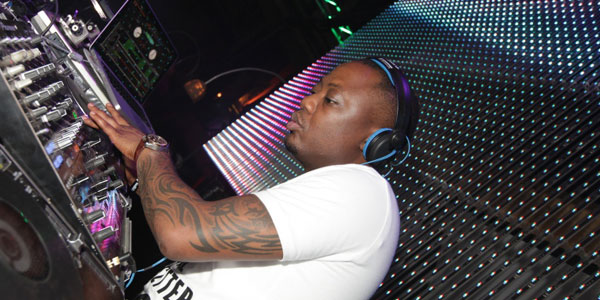 “These are some of KZNs finest,” said Zozo July of South Africa Tourism, before the concert began, expressing that it was their intention to take KZN to the rest of Africa and invite them to return the favour, using music as a medium.

“The concerts that happen during the tour will each be taped and broadcast on MTV for the world to see,” said Alexi Okosi, Managing Director of Viacom International Media Networks Africa.

Kenyan rapper Madtraxx, of the Skamares fame, said it was a big deal for MTV and KZN to involve Kenya in the project, as he thinks it will open up boundaries for musicians to do business across the continent.

“We’re here for music and that’s what’s amazing,” piped in Taio Tripper of Camp Mulla. The youngsters have polished their on-stage performances and it showed as they took the mics at Tree House, also giving band member and producer K Cous space to show his skills on the drum set.

DJ Tira played for a solid hour with a face as ‘Serious’ as the hit track sung by his proteges Big Nuz.

STL’s energy on stage was unmistakable, introducing herself with the song ‘Stella Stella Stella’ and then breaking out into “Bad As I Wanna Be” before thrilling the audience with a remix of Diplo’s Butter Theme.

Diplo is one of the producers of Snoop Lion’s new album, Reincarnated, which he will sample when he heads to Durban, South Africa on May 18 for another leg of the MTV Africa All Stars tour. This week, the musical campaign will be in Lagos, Nigeria with musicians Davido, Professor and Ice Prince on the line-up.