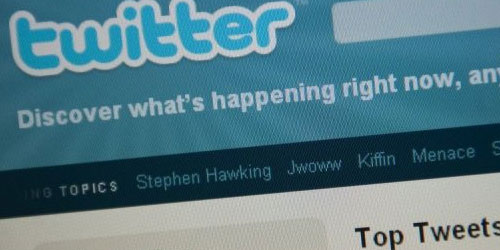 Twitter is on pace to earn more than a half-billion dollars in ad revenue this year and close to $1 billion next year, industry tracker eMarketer estimated on Wednesday.

About 53 percent of the ad revenue at Twitter this year will come from use of the service on smartphones or tablets in a huge jump from 2011, when the San Francisco company took in no money from mobile ads, according to eMarketer.

The improved revenue forecast released by eMarketer estimated that Twitter will take in $582.8 million in ad revenue this year, nearly $1 billion next year and about $1.33 billion in the year 2015.

“The upward revision comes as advertisers have shown more interest in spending money on mobile advertisements on Twitter,” eMarketer said, adding that Twitter’s reach also seemed to be improving.

The bulk of ad money at the one-to-many messaging service was expected to continue to come from the US but the company’s moves to expand its global sales operations were making inroads elsewhere, eMarketer said.

About 83 percent of Twitter ad revenue this year should be from the US as compared to 90 percent of the $138 million the company took in from ads last year, according to eMarketer.