(By Oyunga Pala) Less than a decade ago, the term diva was reserved for a select few. Divas were women like Miriam Makeba, Aretha Franklin. Nowadays, a diva, is any woman under thirty who thinks she is one.

Most of our known divas, court public attention in tight skirts and get frequent mention in youth magazines. Nairobi has more than its fair share of such women. The diva complex has caught on, thanks to the ever present galaxy of foreign pop divas who dominate the international celebrity entertainment pages with their riotous off stage antics rather than captivating music. A little attitude takes you a long way ironically because men are still enthralled by babes with prominent parts. Nice women just do not cut it.  This country is filled with stories of nice girls left by the wayside holding broken hearts. It appears, the next generation picked up on the lesson and with a little inspiration from Britney they have the attitude game figured. Like crafty cats, they have learnt how to show skin and claws all in one swing. All women have the ability to get emotional on a prickle. But the ability to powerfully express that emotion is the preserve of the diva. Since men are genetically programmed to save such women from themselves, the diva complex has become quite fashionable. A character type that is ambiguous, constantly changing unpredictably and with such great frequency, it leaves us dazed. Before you know it, you are engulfed. Now you must move in beat with every tear, respond to every sigh and find it within yourself to empathize with every new tragedy. Crying makes us thoroughly uncomfortable.

There is a rather common misconception among our younger women that rolling onto your 20’s will radically improve the quality of life. Talk about the illusion of freedom. All that is required of them in exchange is to look sexy, all the time. Throw in a little attitude and men are drawn. What’s life without drama? We are a generation of drama junkies.

After 17, girls abruptly start to believe that everyone is judging them by their hair. Then it gets to the head and it’s all about hair. Long and wavy is the look, preferably the kind that you can gently brush off your face while conversing.  A man starts dating a woman and quickly notices that he is spending a lot of money on the upkeep of her hair. Once she realizes that no man in his right mind will let a sexily dressed woman at the bar with good hair, buy her second drink, she can pretty much order anything she fancies, as long as can pay for the first drink. Carry your equally fine looking friend with good hair along and the men in the bar will quickly form coalitions all strategizing on how to beat the competition and hook your attention. That sort of constant adulation then leads to the sorry belief that they cannot deal with public attention because men always want to sleep with them.  Enter fuzzy diva territory. Ex boyfriends in the litter bin and there is new pride in finding a man who proves he is worthy by catering to your newfound high standards.

So now we find ourselves suddenly very exposed to jaded 24 year olds who just want to settle down and have kids. Old hands retiring from the game after years of playing diva and prepared to serve anyone who will help them maintain the projected standard.

In their wake, a new generation has been born, women so beautiful, so dumb and blonde for whom the mere adulation they receive as ‘hot women’ is not sufficient to live by.

Back then, beauty was somewhat rounded. There was some sense of distinction between the ‘super fine’ and the average. Women managed to appear pleasant to the eye without too much effort and not look plastic. Mystery was sustained and sexiness was implied. Those beauties of the old have slowly faded away.

With the proliferation of cosmetics, false hair and constricting fabric, the clear lines of distinction between ‘hot and average’ have been blurred. Today it is all about parts and the bigger the better; Body parts that emphasis sex is the new beauty standard. Think prominent backsides, low slung cleavage and seemingly firm thighs exaggerated by tight jeans. Basically sex on two legs and they cater for all fancies. Are you a legs man? Are you a boobs guy or is big bottoms your thing?  Any will do because men of my generation are a lot easier to hypnotize. A woman walks into a room with any one of the mentioned assets and she is guaranteed to get one of us drooling, if only momentarily until the next best thing distracts us.

In fact, so long as the woman in question has something to show, she pops onto the radar and by extension making her desirable. However, given the ruthless competition about, it takes a little more than a big booty to keep the boys interested. The clincher in this case is attitude. 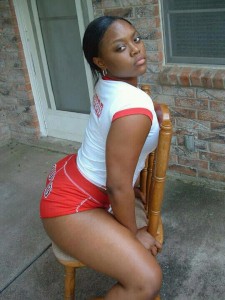 If you occasionally pop into Facebook you may have come across the topic-Campus Divas for Rich Men. I am aware like some my colleagues on radio, that merely commenting on the raunchy Facebook group will draw curious eyeballs to their page.  For those back from Mars, in a nutshell, a group of young females purporting to represent the country’s university campuses formed an online group offering sex in exchange for ‘a-good-time’ that only the rich can afford. The mechanics are simple. Girls post pictures in varying lewd states of undress. Those intrigued are expected to send private messages to the preferred candidate to begin negotiations.

The reactions to the group were characterized by shock and dismay and much reference was made to’ the end of times’. I would like to offer my two cents on this issue.

In our modern times, divas are women with an inflated sense of their own beauty. Good looks and sexual prowess are assets to be traded in the open market in a strategic lay-your-way-up the social ladder. Beauty equals happiness, a trophy that supposed rich men are at pains to acquire. The ambitious cute young ladies long for happiness over there, across the fence where bank notes hang like ripe fruit. Spread the legs, open sesame and life is made.  On other hand the men long for validation that only money can buy.

These are merely reflections of the time. The facade of sexual purity is chipping and society’s true fantasies are in the open. New online mediums allow people to maximize their fantasies built on severe longing. Fulfillment has been reduced to regular orgasms and money to burn, because our-make-reality is all about keeping up with Kardashians.

Fantasy love is better than real love and in the absence of the latter; we create reality in our own image.