Declared as a national park in 1948, The Gedi (Gede) Ruins is the best place to capture your imagination along the Kenyan coastal strip. Only 30 minutes away from Malindi, tourists frequent the Ruins in hopes of some much-needed educational time in between afternoon sunbathing sessions.

Founded in the late 13th or early 14th century, Gedi was a prosperous Swahili village where residents traded with the Far East and Europeans. Excavations of the Gedi Ruins in 1948 and 1958 have uncovered porcelain from China, a lamp from India, Venetian beads and Spanish scissors.

With approximately a population of 2,500 residents, Gedi’s exposure to diverse cultures through prosperous trade also resulted in a civilization that was quite advanced for its time.

Gedi’s streets were laid at right angles and even had drainage gutters. Hundreds of feet in depth and still visible today, Gedi also had community wells that supplied water to its residents.

Historians still don’t why Gedi was abandoned in the 16th century. Some believe that struggles between different cultures in Mombasa and Malindi may be blamed.

One of the most affordable and educational tourist attractions in Kenya, a leisurely stroll through the Gedi Ruins will surely capture your imagination. 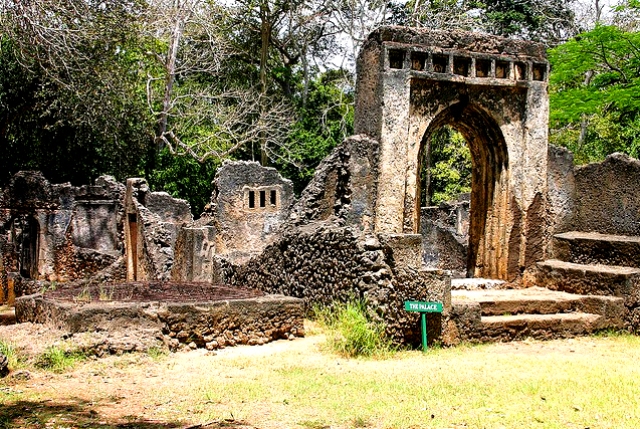