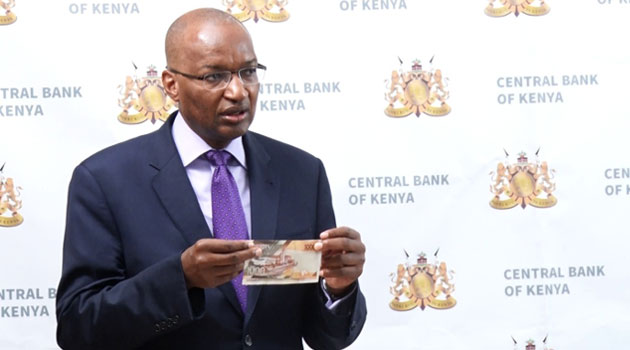 This is the second time Njoroge has won the award, with the first time being in 2016 when he was recognized for his role in curbing inflation.

The latest award is for leading the country in the successful demonetization of the old 1000 notes that started in June to October without causing instability in the country.

In his acceptance speech, Njoroge said the award is dedicated to the youth of Africa that needs more openings for growth.

“I would, therefore, want to dedicate this award to the youth of Africa who obviously need a lot more opportunities and which our actions collectively will provide for their benefits,” said Njoroge.

The Global Markets Award is held every year during the World Bank/IMF meetings held in Washington DC where the World’s top policymakers are recognized.

According to Global Capital, the process started with the Global Capital meeting that had applicants tell their stories over their company’s success in the last 12 months.

“Some 120 pitches were heard in total and all contained stories of excellence. An editorial panel then decided the winners of the awards,” reads part of the statement by Global Markets.

“As ever, we were looking for the stories of innovation, going the extra mile for clients and industry advocacy that have powered the improvement of the global derivatives markets,” it states.

Njoroge who was appointed in June 2015 has managed to ensure that the shilling has remained steady averaging Sh101.97 to the US dollar during his time in office while inflation has been confined to rates recommended by the government and international institutions.

Some of the major milestones Kenya he has led the country in 2019  include the issuance of the first green bond that raised Sh4.3 billion to build environmentally-friendly student accommodation.

These are fixed-income securities that raise capital for projects under renewable energy, energy efficiency, green transport, and waste-water treatment.

The bond was issued by Nairobi-based property developer Acorn Holdings after new rules were unveiled in February to guide the issuance of green bonds.