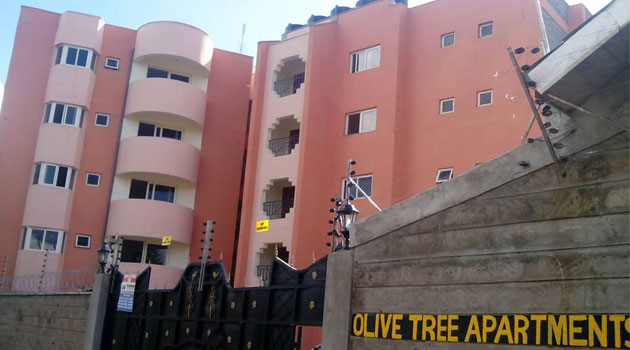 Confirming the firm’s contribution, Shelter Afrique Chief Executive Officer Andrew Chimphondah said there were many Kenyans who would like to own houses but do not have access to affordable finance/file
3
SHARES
ShareTweet

Confirming the firm’s contribution, Shelter Afrique Chief Executive Officer Andrew Chimphondah said there were many Kenyans who would like to own houses but do not have access to affordable finance/file

Confirming the firm’s contribution, Shelter Afrique Chief Executive Officer Andrew Chimphondah said there were many Kenyans who would like to own houses but do not have access to affordable finance.

“We are encouraged by the formation of the Mortgage Refinance Company which provides long term lending to commercial banks, microfinance banks and Saccos to allow them to extend mortgage loans to eligible mwananchi over a longer period and at a lower cost. That is important because that enhances affordability and boosts uptake of housing. I am happy to announce that Shelter Afrique has invested $2m in the Company to stimulate the demand for affordable housing,” Chimphondah said.

He noted that housing developers were not keen on building houses without guaranteed take-up, hence less focus on the lower end of the market. He added that that a lack of affordability also explains the reasons why there were only 24,000 active mortgages in Kenya despite the country having a housing shortage of over 2 million units.

“If 100 Kenyans apply for mortgages only five will qualify because of lack of affordability; 10 might be due to high credit risk, but the majority will be disqualified on the basis that they wouldn’t be able to the mortgage repayment terms”.

Free land
Chimphondah lauded the government’s efforts to provide free land to developers and also for undertaking to provide necessary infrastructure conducive for housing development, under its affordable housing plan, which seeks to develop 500,000 housing units by the year 2022.

“Cost of land constitutes about 40% of the total cost of a housing unit and the Government undertaking to provide free land means a discount of equal margins on the units already,” said Mr Chimphondah. “Through such initiatives, it’s possible to develop housing units costing as low as KSh1.5 million which I believe would be affordable to many Kenyan.”

The Kenya Mortgage Refinance Company, fashioned as an implementing arm of government’s affordable housing plan, operates as a private sector-driven company with the purpose of developing the primary and secondary mortgage markets through the provision of long-term funding to the mortgage lenders, thereby increasing the availability and affordability of mortgage loans to Kenyans whose incomes cannot allow them to take home loans from financial institutions.